Posted on 20th June 2021
An entire generation of Britons came to recognise his voice and to become familiar with his calling card which at first they mocked but would soon came to hate and despise. When at the end of the war he was hanged they rejoiced.
William Joyce, or Lord Haw Haw as he was to become known was born in New York on 24 April, 1906, to an Irish father and an English mother, and was to spend much of his childhood in the Emerald Isle.
The young Joyce grew up with a fascination for the politics of the far right which developed alongside a fierce anti-Semitism which he did little to hide. As far as he was concerned behind every problem in the world lay the pernicious hand of the Global Jewish Conspiracy. The Jews were both rapacious capitalists and Godless Communists. Whilst studying at the University of London he was recruited by British Intelligence to report on left wing activity but so transparent were his own politics he made for a poor spy. Even his failure to secure a masters degree he blamed on his Jewish tutor. 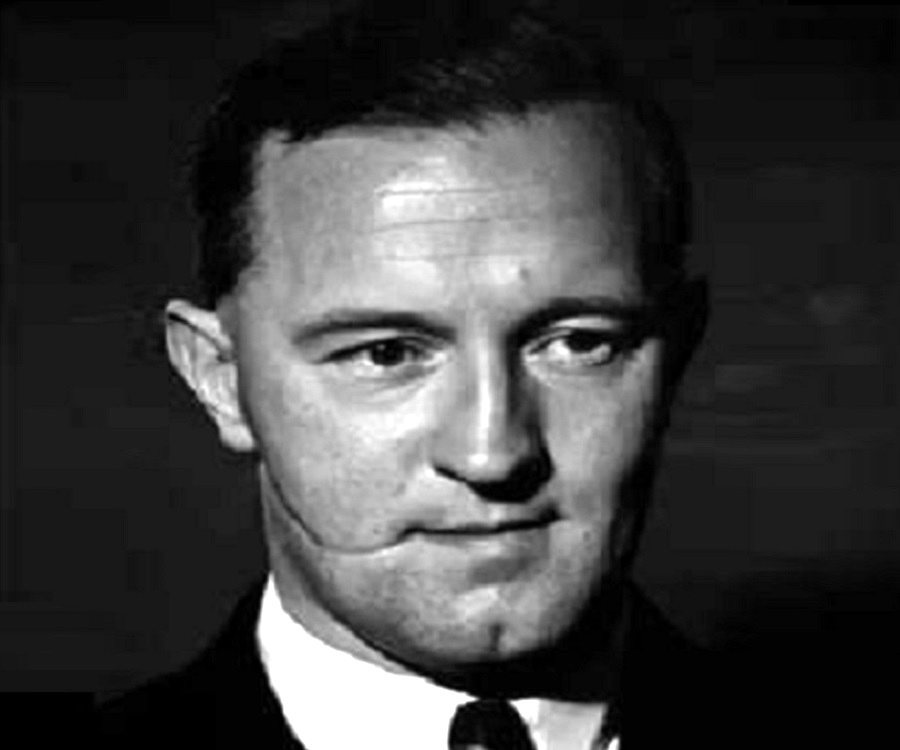 In 1923, he joined the British Fascisti, an organisation formed to promote the ideas of Benito Mussolini’s Black-shirts in Britain and he regularly attended their rallies where small as they were he often worked as a steward. Indeed, he claimed to have received his deep facial scar in a brawl with a communist heckler who took a razor to him at one of the groups meetings. But he soon tired of drawing room fascists who were all talk and no action. He wanted to be involved in a real mass political movement, one that sought power for powers sake.
His opportunity came when in 1933 he joined Sir Oswald Mosley’s recently formed British Union of Fascists (B.U.F) and he threw himself into party politics with such verve and enthusiasm that he soon became one of the B.U.F’s most active and valuable members in no time at all rising to become its Director of Propaganda.
But the B.U.F was never to become the mass-political movement he so craved with even at its peak in 1934 never boasting more than 40,000 members, but it received an inordinate amount of press coverage much of it positive particularly in Lord Rothermere’s Daily Mail.
All this was to change however when on 7 June 1934, Sir Oswald Mosley addressed a mass-rally of his supporters at London’s Olympia. Taking inspiration from Hitler’s rallies in Germany it was the largest political event ever held under one roof in Britain designed to showcase Mosley as the coming man; so the banners flew and the cameras rolled but it had also been infiltrated by hundreds of communists and anti-fascists who as soon as Mosley began to speak heckled from the audience and tried to shout him down. Scenes of sickening violence followed as ordered to clear the auditorium of dissenters black-shirted stewards, dragged people outside and beat them up on the streets in full view of the public gaze.
Afterwards weapons such as razors, coshes, and knuckle-dusters were recovered from the scene and it was obvious that violence had both been premeditated and expected, that the responsibility for it was shared. But that was not the way it was reported and the coverage for the B.U.F was almost entirely negative.
Lord Rothermere, not wanting to be associated with such wanton violence and concerned at threats by Jewish financiers to cease advertising with the Daily Mail withdrew his support and party membership went into a steep decline, though not its support within its inner-city heartlands where its vote in local elections either remained steady or rose.
In an attempt to stem the haemorrhaging of support Mosley decided to march his Black-shirts through the streets of East London. He said it was to highlight the Jewish exploitation of the area and the extreme poverty it caused. 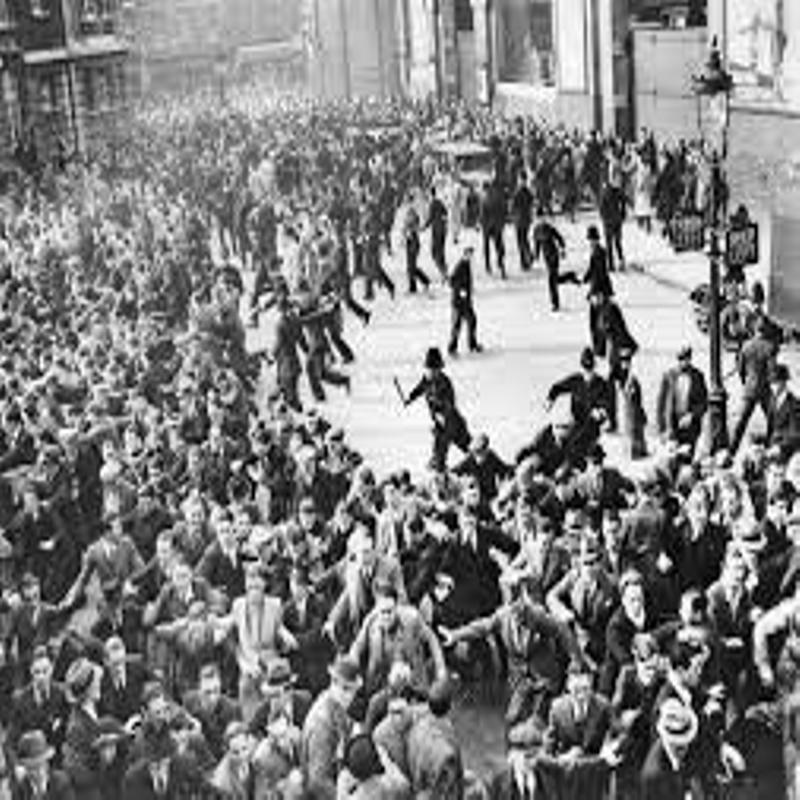 On 4 October 1936, in what became known as the Battle of Cable Street the people of the East End, local Jews, Irish, dockworkers and left-wing radicals united to prevent him from doing so. Barricades were erected and roads were blocked off as the people armed themselves ready to meet the fascists marching through their streets. Violence erupted as small groups confronted one another but this quickly escalated into something much worse once the police intervened. Advised to call the march off by the Commissioner of Police, Mosley agreed. It was a humiliation from which he and the movement would never recover.
Despite the march not going ahead the level of violence witnessed between police and demonstrators had been such that the Government a little later passed the Public Order Act which allowed the Home Secretary to ban marches and demonstrations that might cause a public order issue. It also prohibited the wearing of uniforms.
Joyce blamed Mosley for the fiasco of Cable Street insisting that the march should have continued regardless of the violence and thought Mosley had gone soft on the Jews. In response he began to ratchet-up his own anti-Semitic rhetoric.
Far and away the most effective speaker in the party after Mosley himself he continued to garner support in areas such as Stepney, Shoreditch and Bethnal Green despite the declining membership elsewhere. He now demanded that Mosley focus more upon race as an issue and that he be prepared to take violence onto the streets to achieve their political ends.
Mosley, who had no love for the Jews but saw the supposed Global Jewish Conspiracy more as a convenient vehicle for his own political ambitions than a deep-seated belief was beginning to see Joyce as a threat to his leadership of the party and so in 1937, he sacked him. In a state of high-dudgeon Joyce now resigned from the party and formed his own organisation – the National Socialist League – but it made little headway.
Tipped off by MI5 contacts from his student days that if war broke out between Britain and Germany the Government intended to intern all known fascists, in August, 1939, he fled to Berlin.
In Germany, Joyce was at a bit of a loose end so when it was suggested to him that given his profile back in Britain he should broadcast for Joseph Goebbels Ministry of Propaganda he jumped at the chance.
Around the same time as Joyce was agreeing to broadcast propaganda for the Nazis, Mosley was telling his supporters in Britain to do nothing to impede the war effort and to do all they could to repel any German invasion. It must then have given Joyce great satisfaction when in May 1940, Mosley and 1,600 other prominent fascists were arrested and interned. 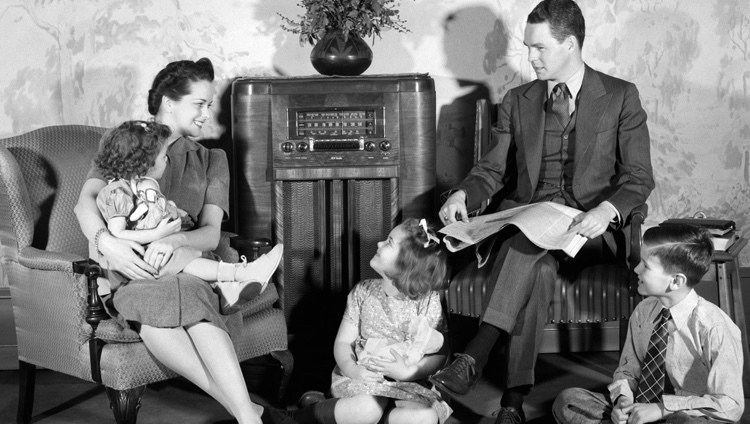 William Joyce wasn’t the only Briton to broadcast for the Nazis but he was to be the most notorious. With his shrill voice, cut-glass English accent and familiar cry of – Germany Calling! Germany Calling! He soon earned the nickname Lord Haw Haw.
In daily broadcasts he reported British naval losses, exaggerated the effects of German bombing raids, gloried in German success on the battlefield and mocked the British war effort. It was not illegal in Britain to tune into foreign broadcasts though it was greatly discouraged and as a result Lord Haw Haw was widely listened to though more as a pantomime villain than an effective purveyor of enemy propaganda. Indeed, as the war progressed his increasingly hysterical assertions of German superiority and inevitable victory became not just palpably absurd but easy to mock.
Joyce not only broadcast pro-German propaganda to Britain but also distributed it among British prisoners-of-war sometimes addressing the troops directly trying to get them to join the recently formed pro-Nazi British Free Corps. He invariably received a frosty reception and his recruitment drive was not a success but he was nonetheless awarded a medal by the Germans for his efforts.
Despite the tide of the war turning decisively against the Germans as early as 1943 Joyce’s message remained the same. 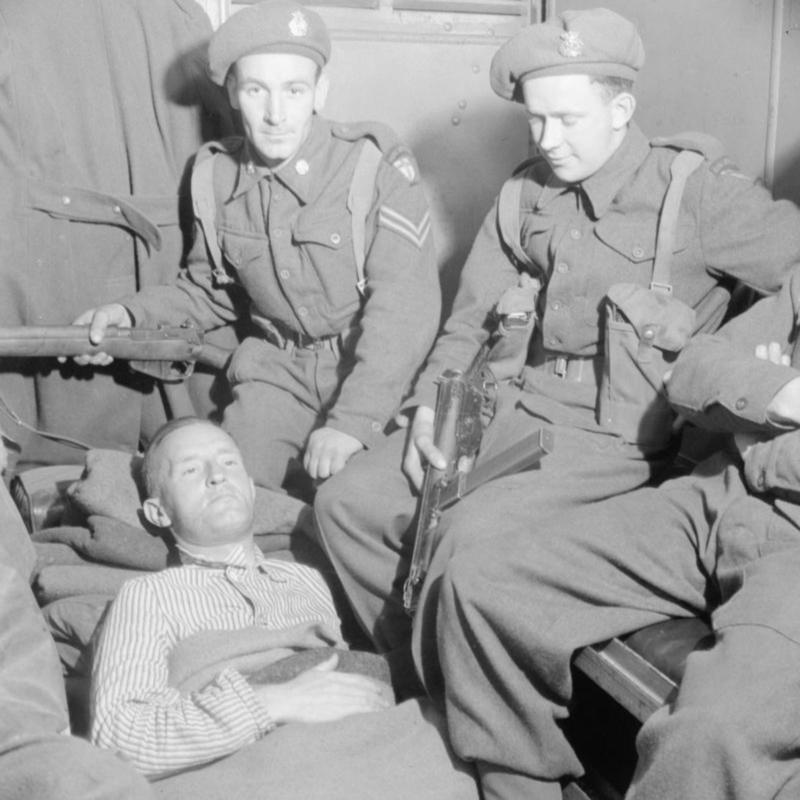 On 30 April 1945, in a rambling, incoherent diatribe against the Jews laced with cynicism and humour a clearly intoxicated Joyce made his last broadcast from Hamburg calling for German unity and warning of the Bolshevik menace as Allied troops closed in. Barely managing to escape Hamburg in time he was captured at Flensburg near the Danish border soon after when a Jewish-German Intelligence Officer recognised his voice.
Joyce was repatriated to England where he was arraigned on a charge of treason but it was difficult to make a charge of treason stick. He was after all an American citizen who had since become a naturalised German. So in respect of any charge of treason he had neither betrayed the country of his birth nor of his choice. But it was soon discovered that he had earlier lied about his nationality to obtain a British passport, and that from 28 September 1939, when he made his first broadcast for the Germans to 28 September 1940, when his passport had been revoked, he had been a British citizen. As such, William Joyce was found guilty of treason and hanged at Wandsworth Prison on 3 January, 1946.
Witnesses to the execution later spoke of how the force of the drop caused the scar on his cheek to burst tearing his face apart but then dignity is rarely to be found at the end of a noose.
Tagged as: Modern
Share this post: