Wreck of the Princess Alice

Posted on 15th April 2021
It was 3 September 1878, a pleasant, warm late summer evening as the paddle steamer SS Princess Alice commanded by Captain Robert Hartridge Grinsted returned up the River Thames with the 900 passengers, mostly families, it had earlier disembarked for a day out at Rosherville Gardens in Gravesend.
After a thoroughly enjoyable day there was a party atmosphere on board, standing on the foredeck were a group of women singing prayers but most of the passengers were below decks listening to the ships band and enjoying the copious food, beer and wine on offer. 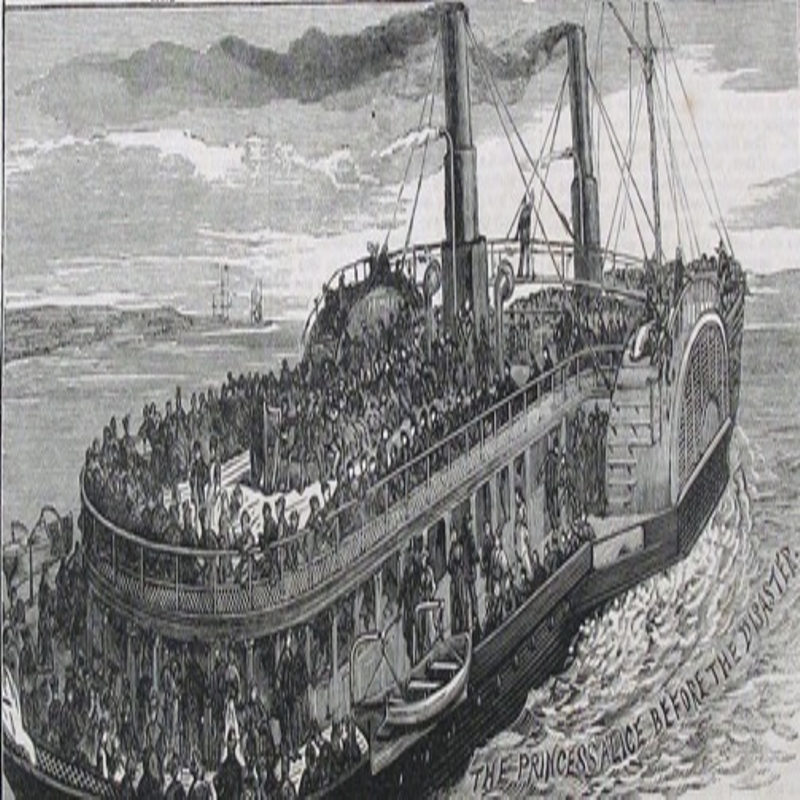 By 7.40 pm darkness had begun to descend, a low mist lay upon the river and visibility was poor. The Princess Alice had just reached a bend in the river that was particularly difficult to navigate known as Gallions Reach but they were also close to Woolwich their destination and the end of a long and tiring day for Captain Grinsted and his crew.
About the same time the 890 ton Bywell Castle, a collier on its way from Millwall Docks to pick up a delivery of coal from Newcastle was travelling at half-speed down the centre of the river. Its Captain, Thomas Harrison, had taken the traditional route ignoring the 1872 guidelines that were yet to come into law that all oncoming vessels should be passed on the port side. Seeing the Princess Alice in the distance he ascertained that the course she was taking would bring her across the Bywell Castle’s bow and as such he ordered his pilot Christopher Dix, a man of many years experience navigating the River Thames to turn towards the south shore allowing for the Bywell Castle to pass by the Princess Alice’s stern.
Dix concurred that it was the correct manoeuvre but at the very same moment that he turned to port Captain Grinsted aboard the Princess Alice did the same putting her directly into the Bywell Castle’s path. Captain Harrison immediately ordered the Bywell Castle’s engines put into reverse but it was too late and she ploughed straight into the side of the Princess Alice. 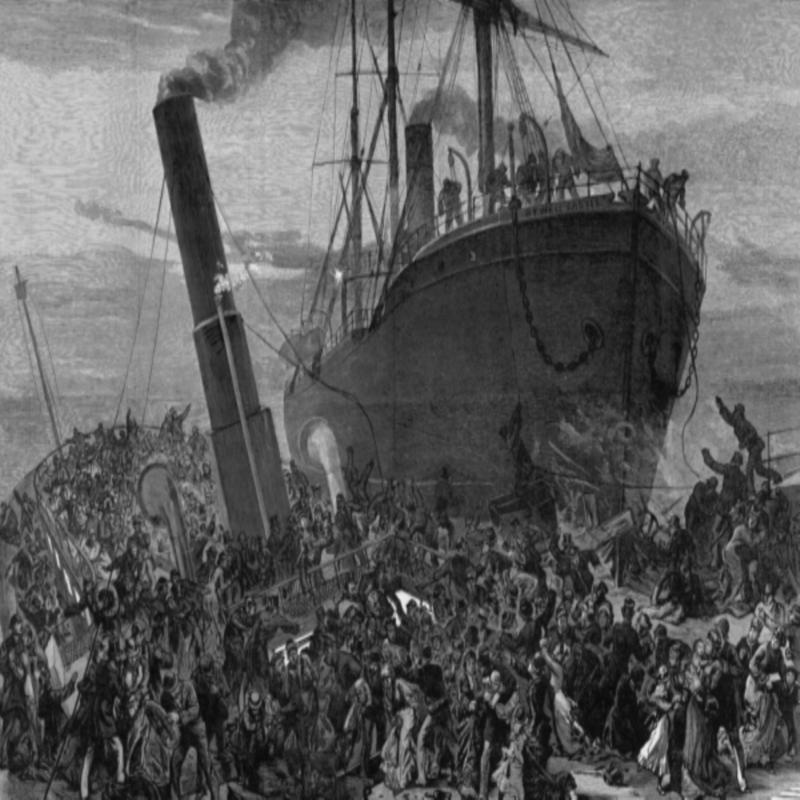 The Bywell Castle which was four times the size of the pleasure steamer cut her in two and both ends of the Princess Alice were standing high out of the water. As Captain Harrison desperately tried to extricate his ship from the wreckage the stern of the Princess Alice sank almost immediately and the bow followed just four minutes later. There had barely been enough time to panic.
Captain Harrison weighed anchor, ordered boats to be lowered and had ropes slung over the side of the ship but in reality there was little he could do. The tide was going out and hundreds of those struggling in the water were swept out to sea. The Princess Alice had also sunk in an area of the Thames that was heavily polluted with sewage and industrial waste and many of those who did not drown were subsequently poisoned.
There was nothing on the Princess Alice to help keep people afloat in the event of an accident and only two lifeboats aboard with no time to launch them in any case. Also with swimming not at the time considered a leisure pursuit few people could do so and the many women aboard weighed down by their velvet dresses and heavy petticoats sank quickly under the water often clutching their children in their arms.
News of the disaster took time to spread and the few emergency services that existed were to prove inadequate to the task. Indeed for some time there were more onlookers present than those undertaking any kind of rescue operation. It was also dark and with few lights available it was almost impossible to locate the screams that could be heard coming from the water.
It soon dawned on people that there would be few survivors and most of those who did had managed to cling onto the ropes lowered by the Bywell Castle. Only six people managed to swim to the shoreline of their own volition.
Some 723 people died aboard the Princess Alice though only 600 bodies were ever recovered and the disaster had a traumatic effect on complacent Victorian Britain and a great deal of hand-wringing went on over the failure to implement even the most basic safety measures.
The Official Inquiry that began just a few days after the tragedy brought in a verdict of Death by Misadventure though many blamed Captain Harrison. They could not after all blame Captain Grinsted who had nobly, it was said, gone down with his ship.
When the wreck of the Princess Alice was salvaged from the bottom of the Thames some weeks later the trauma began all over again. Hundreds of bodies were found piled up against the salon bar doors where they had desperately been trying to escape the ship before it sank. A great many of these were children gaily dressed in party hats and bonnets. The fact that the bodies were mangled, had their flesh eaten away by the effects of the pollution and were mostly unrecognisable only made matters worse.
Captain Thomas Harrison was later cleared of any blame in the Princess Alice disaster and had his licence that had been temporarily suspended returned to him but he never again took a ship to sea.
The Bywell Castle was lost with all hands during a storm in the Bay of Biscay just five years later.
The sinking of the Princess Alice was the greatest ever loss of life on England’s inland waterways and passenger travel on the River Thames which had once been such a popular pastime has never fully recovered.
Tagged as: Victorian
Share this post: