A Knight in the Middle Ages

Posted on 1st January 2021
Becoming a knight took many years of training; even after completing this training, not all became knights.
Page (young servant) - If a boy was to become a knight, at around seven years old he was sent to work as a page in the noble household of the Liege Lord (subject owing allegiance to a feudal sovereign). There he worked for around seven years.
During this time, he followed a strict code of conduct, becoming a servant to a knight, responsible for dressing him, cleaning clothes and weapons, and waiting at table. He may also have been used as a messenger. In return he received food, lodgings and education and learnt the basics of combat. He became an apprentice squire.
Squire - At around fourteen years of age a page moved on to become a squire, assigned to work with a specific knight for the completion of his training. He became a servant and an apprentice to the knight, also becoming a teacher to the next page.
A squire trained and went into battle with a knight. A squire needed to prove that he had the ability to become a knight.
A squire had many tasks including:
Saddling the horse
Caring for armour and weapons
Being a shield or armour bearer
Maybe even carrying the knight’s flag into battle 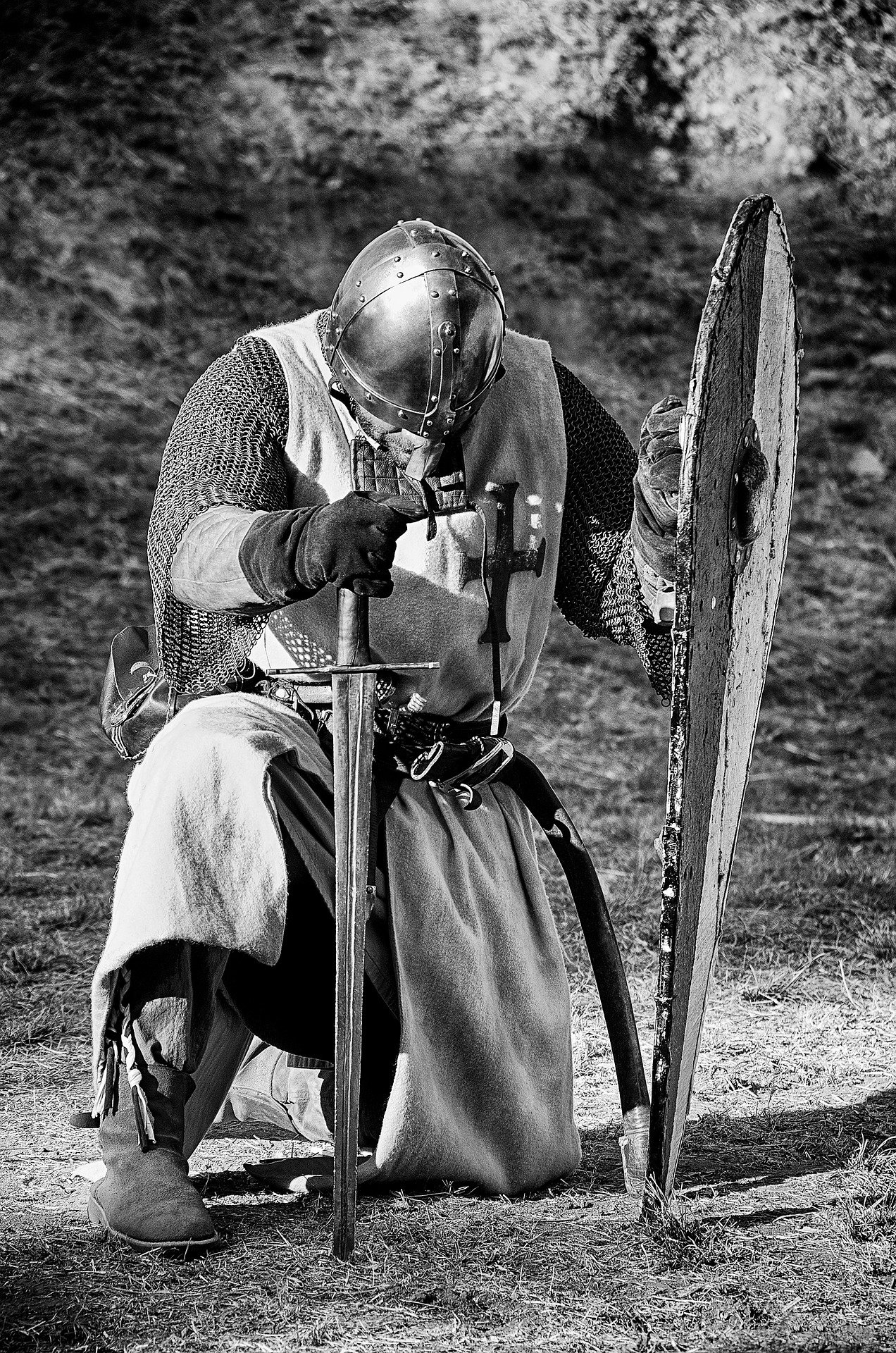 Not every squire became a knight but if they did it would be at around the age of twenty-one.
Tagged as: Junior Middle Ages
Share this post: