Posted on 26th December 2020
Helen of Troy or Helen of Sparta was considered to be the most beautiful woman in the world.
She was the daughter of Tyndareus and Leda, though her true father was Zeus. She had a sister Clytemnestra (later married to Agamemnon) and brothers Castor and Pollux. 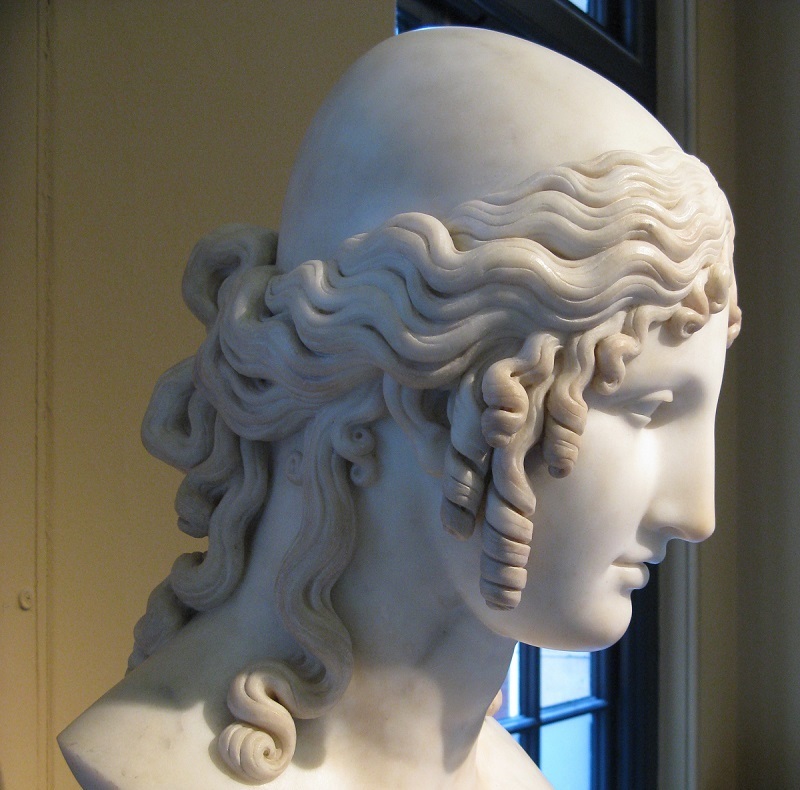 It is believed that Zeus, in the form of a swan, chased by an eagle had sought refuge with Leda. The swan and Leda mated; Leda produced an egg from which Helen was born.
In her youth, Helen was abducted by Theseus (King of Athens) as he wished for a divine wife; she was left with his mother; but later rescued by her two brothers.
Many suitors travelled with lavish gifts to win Helen’s hand in marriage. One of these suitors Odysseus believing he had little chance in winning Helen, asked Tyndareus for help in courting Penelope, the daughter of Tyndareus’ brother Icarius.
For this help Odysseus created ‘The Oath of Tyndareus’, stating that before a suitor could be chosen for Helen, he must swear an oath that he would defend the chosen husband and provide military assistance, should Helen be abducted again. This oath and the abduction of Helen would later start the Trojan War.
Menelaus of Sparta did not travel himself to win Helen, but sent his brother Agamemnon on his behalf; even so, he was still chosen to be Helen’s husband; they were to have a daughter Hermione; some myths state Helen also had three sons, Aethiolas, Maraphius, Pleisthenes.
Trojan prince, Paris was chosen by Zeus to judge a contest between goddesses Aphrodite, Athena and Hera; deciding who was the most beautiful. All tried to bribe Paris, but Aphrodite promised him Helen, the most beautiful woman in the world; believing Aphrodite he then chose her as the most beautiful goddess.
Helen and Menelaus went on to rule Sparta. One day Paris visited Sparta and abducted Helen and took her back to Troy. Menelaus called on the other suiters to defend the ‘Oath of Tyndareus’ and support him to rescue Helen.
This single event was to start the Trojan War, which was to last ten years.
Tagged as: Junior Ancient Greece
Share this post: