Posted on 31st December 2020
Homes in medieval times varied greatly depending on the wealth and status that was held. There were the one room huts for the peasants to the huge castles of the wealthy.

Poor - In early medieval times, peasant houses were made from sticks and straw, but over time they progressed to wood and mud huts. When built, the gaps in the wood were filled with wattle and daub (strips of wood woven together and covered with animal hair and clay), then the house was finished with a thatched roof.
The hut consisted of one room with holes for windows; shutters covered the windows at night. In the middle of the room was a fire pit with a cauldron over it for cooking. The smoke from cooking would exit from a hole in the roof.
One room would house the entire family and also the livestock. The floor of the hut would be hard earth, sometimes covered in straw. The huts contained little furniture, only wooden benches or stools. There were no beds, the family slept on straw on the floor and used wooden logs for pillows.
Middle Class - Lived in manor houses or farmhouses, known as little castles, but still built to show the wealth of the family, therefore they varied greatly. There was much time and expense spent on the entrance hall and the more elaborate the entrance the wealthier the family.
Manor houses normally had two floors; the ground floor being dominated by the great hall. Windows were small and had no glass in them, so the houses were very dark and draughty. 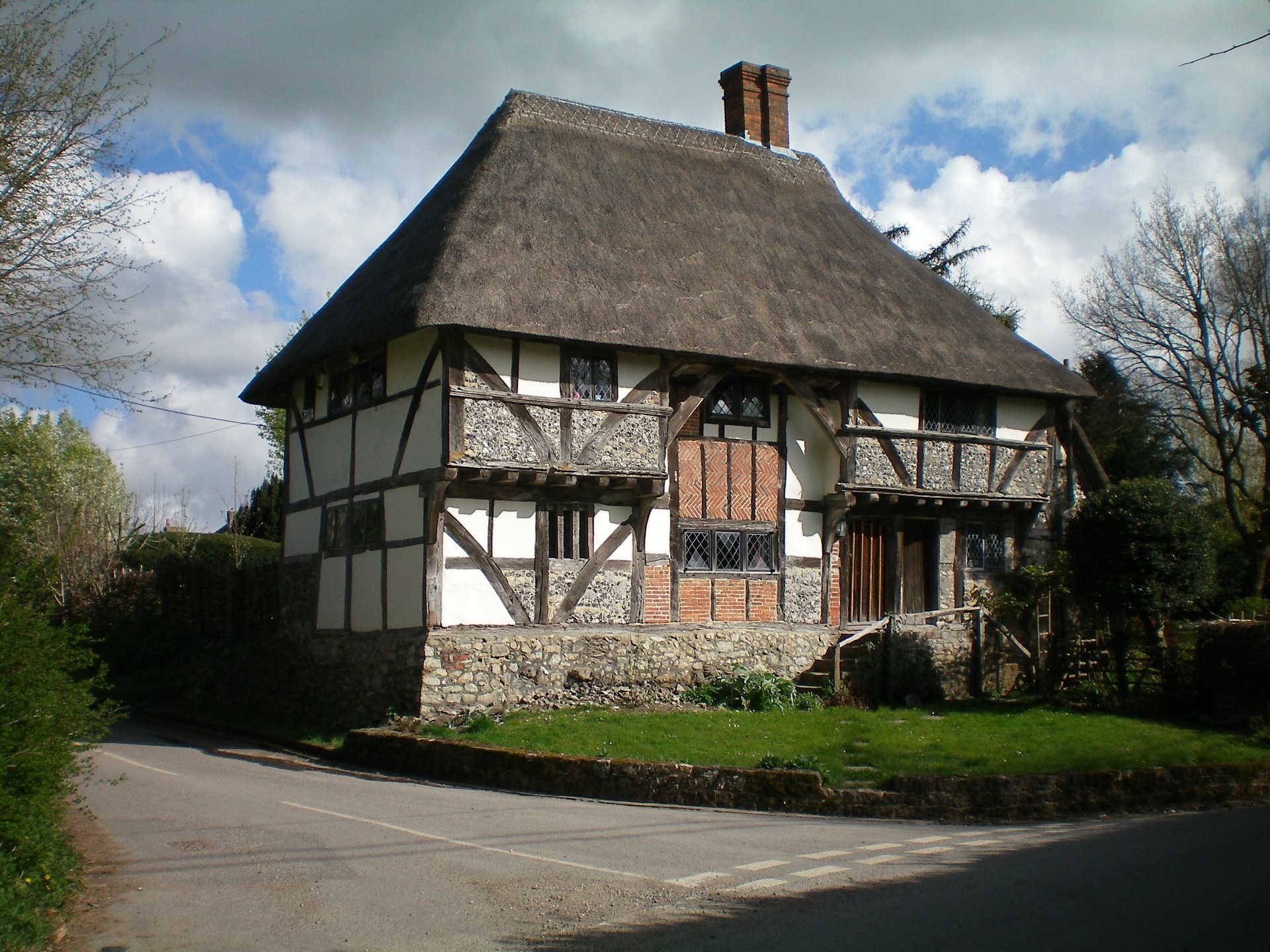 Wealthy – Lived in a castle. In the early period they were made of wood and mud, but later they were constructed of stone. Castles were built as homes but also as a defensive measure against enemies; often built high up on hills, many surrounded by a moat and only accessed via a drawbridge.
The buildings were impressive in size, the ground floor dominated by the great hall, used for entertaining; there would also be a big open fire at one end of the room.
There were internal stone stairs up to further floors. Private rooms for the Lord ‘The Solar’ were above the great hall; there were other rooms including women’s quarters, bedrooms and privy. The castle would often have its own chapel and include barracks where knights lived.
Castles although impressive in size, were dark, damp and draughty places; the windows were small in size and few, so little light penetrated the castle. Windows did not contain glass, so nothing could stop the cold and damp entering the castle during the day. The windows were however covered with shutters at night, but these made little difference to the cold. To try and combat the cold, large tapestries were hung on the walls to retain the heat, but again this made little difference.
Castle servants lived on site and would sleep on the floor of the great hall. They were lucky if they were given straw to sleep on or a blanket to cover them.
Tagged as: Junior Middle Ages
Share this post: