A Highwayman's Letter to his Victim

Posted on 28th June 2022
On a dark night in November, 1749, as he was being driven by coach through Hyde Park in London the celebrated novelist, man-of-letters and Member of Parliament Horace Walpole was robbed at gunpoint by the highwaymen William Plunkett and James MacLaine . He later described the incident:
“As I was returning from Holland House by moonlight about ten o’clock, I was attacked by two highwaymen in Hyde Park, and the pistol of one of them going off accidentally, raised the skin under my left eye, left some marks of shot on my face, and stunned me. The ball went through the top of the chariot, and if I had sat an inch nearer to the left side, must have gone through my head.” 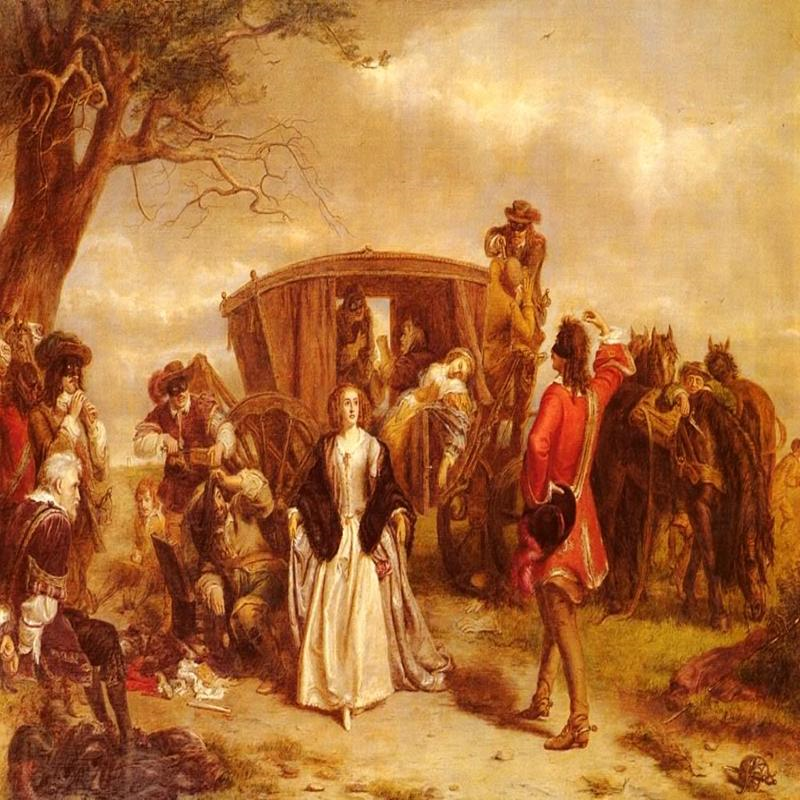 He’d had a lucky escape of course, but his priority now was the retrieval of his stolen goods. He offered a reward for their return by anyone who may have come into their possession. Not long after he received a letter from James MacLaine offering him first option on what had previously been his, by right. This is the letter he received:
Sir
Friday Evening [Nov. 10, 1749].
Seeing an advertisement in the papers of today giving an account of your being Rob’d by two Highway men on Wednesday night last in Hyde Park and during the time a Pistol being fired whether Intended or Accidentally was doubtful Obliges us to take this method of assuring you that it was the latter and by no means Design’d either to hurt or frighten you for tho’ we are Reduced by the misfortunes of the world and obliged to have recourse to this method of getting money yet we have humanity enough not to take any body’s life where there is not a necessity for it. We have likewise seen the advertisement offering a Reward of twenty Guineas for your watch and seals which are very safe and which you shall have with your sword and the coach mans watch for forty Guineas and Not a shilling less as I very well know the Value of them and how to dispose of them to the best advantage. Therefore expects as I have given You the preference that you’ll be Expeditious in your answering this which must be in the daily advertiser of Monday; and now sir to convince you that we are not Destitute of Honour Ourselves if you will Comply with the above terms and pawn your Honour in the public papers that you will punctually pay the forty Guineas after you have Received the things and not by any means Endeavour to apprehend or hurt Us. I say if you will agree to all these particulars we Desire that you’ll send one of your Servants on Monday Night Next between seven and Eight o clock to Tyburn and let him be leaning against One of the pillers2 with a white hankerchief in his hand by way of signal where and at which time we will meet him and Deliver him the things All safe and in an hour after we will Expect him at the same place to pay us the money Now sir. if by any Means we find that you Endeavour to betray Us (which we shall go prepared against) and in the attempt should even suceed we should leave such friends behind us who has a personal knowledge of you as would forever seek your Destruction if you occasion ours but if you agree to the above be assured you nor none belonging to you shall Receive any or the least Injury further as we depend upon your Honour for the punctual payment of the Cash if you should in that Deceive us the Consequence may be fatal to you–if you agree to the above terms I shall expect your answer in the following words in Mondays Daily Advertiser–Whereas I Received a letter dated Friday evening last signed A:B: and C:D: the contents of which I promise in the most solemn manner upon my Honour strictly to comply with. to which you are to sign your name–if you have anything to object against any of the above proposals we desire that you’ll let us know them in the most obscure way you can in Mondays paper but if we find no notice taken of it then they will be sold a Tuesday morning for exportation.
A:B: & C:D:
P: s:
the same footman that was behind the Chariot when robbed will be most agreeable to us as we intend repaying him a trifle we took from him.
Tagged as: Fact File, Georgian
Share this post: