Posted on 24th August 2021
The first ever recorded mention of Christmas was in an Anglo-Saxon book of 1038, which made reference to a festival known as Cristes Maesses or the Mass of Christ. By the 12th century Christmas had become a fully-fledged Christian festival but then the mingling of Pagan rites and Christian piety had existed in uneasy alliance ever since the 4th century when Pope Julius II had somewhat arbitrarily declared 25 December to be the birthday of the Baby Jesus.
Christmas, which lasted from 24 December to 6 January, was treated with great reverence in Medieval Europe. It was after all the coldest and darkest period of the year, a time of great fear and trepidation. Those who had survived famine and disease for another year wanted to thank God for His blessing and seek it once more for the year to come. 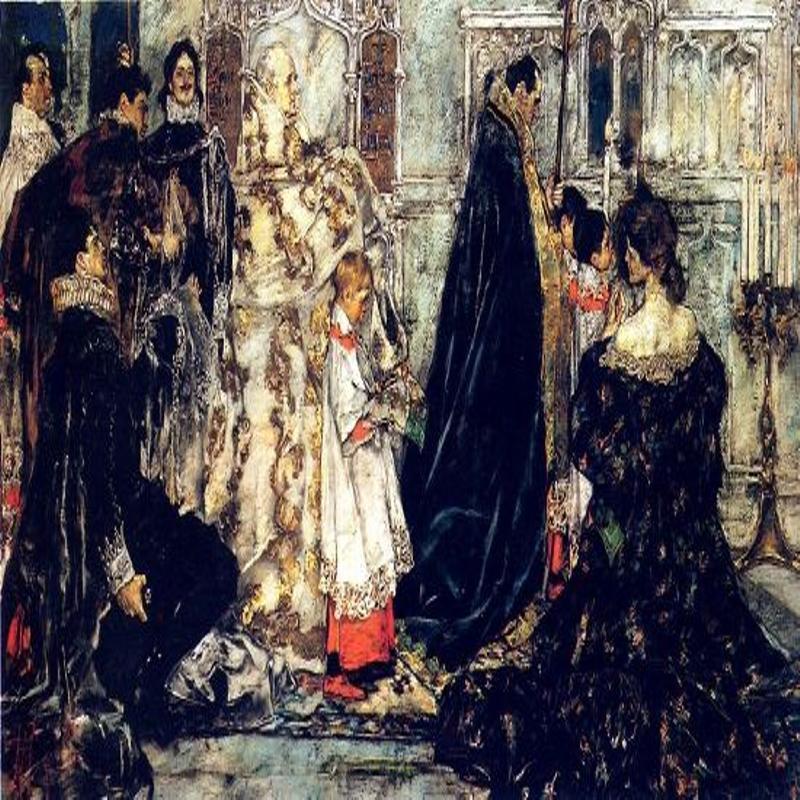 The Church however was determined to maintain control of the festival and impose some degree of discipline upon its proceedings. For example, Carol Singing, when revellers would form circles, sing songs and perform dances could often be so riotous that many a Church service was ruined. As a result, Carol Singing was banned in Church and those who wished to do it were banished from Church premises and forced to do so outside, which is where our tradition of Carol Singing comes from today.
Another tradition that emerged from around this time was that of the Christmas Crib. It is believed to have originated in Italy when Francis of Assisi used one to explain the Christmas Story to children.
Religious piety aside Christmas was also the great festival of eating and drinking. Though how well you did either was dependent upon wealth and your place in the social order. The Nobility of course ate very well indeed, and prior to sitting down to dinner they would exchange gifts. The poor would exchange Christmas greetings.
The bird of choice was not turkey which was not introduced from America much later but a goose or swan often known as the Gilded Peacock. 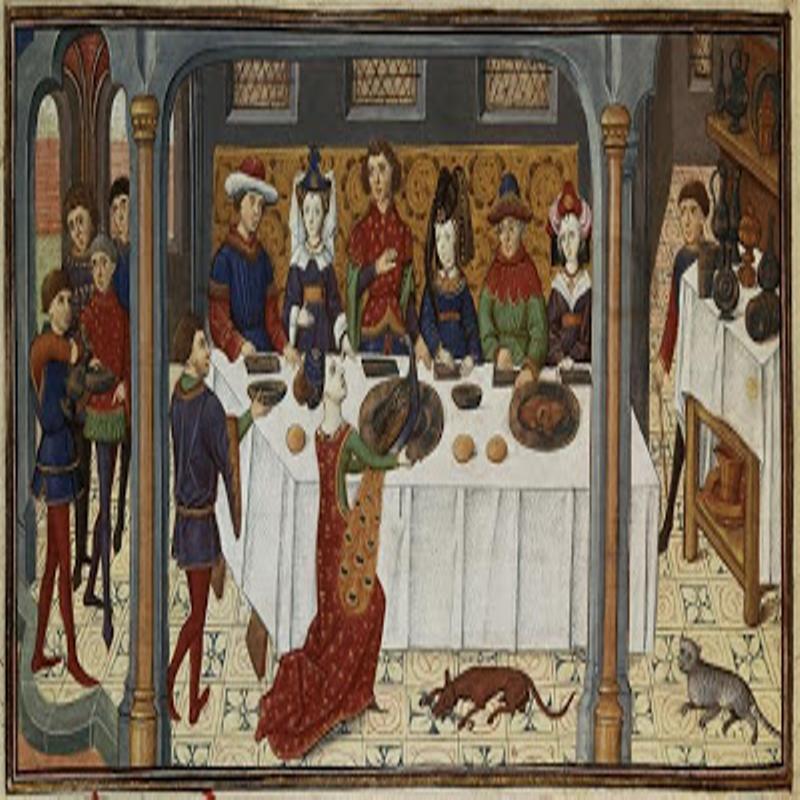 The cooked bird would be covered in butter and saffron plants to give it a succulent golden brown glow. Vegetables, which were considered the food of the poor, were conspicuous by their absence from the tables of the rich. So each course would be a meat course and the bird would invariably be followed by venison. The centrepiece of the dinner table however was the Boars Head. This would be highly decorated and the diners would slice slabs of meat from it as the evening progressed until it would take on a quite hideous countenance. All this would be washed down with ample amounts of wine.
Once the meal had been completed what remained of the venison, usually the entrails, would be scraped from the table and given to the poor. This would then be baked as a pie known as Umble, hence the term "To eat humble pie."
Mince pies were also popular among the poor and were eaten as a supplement to the main meal. They were not like the mince pies we know today, however. They were not particularly sweet and its contents would consist of shredded meat, dried fruit and spices. It was the tradition when taking one's first bite of a mince pie to make a wish. Likewise, if you refused the first mince pie offered then you would be cursed with ill-fortune for the coming year.
The main dessert was a Christmas pudding known as a Frumenty. This was a spicy porridge made of boiled wheat with currants, the yolk of eggs, nutmeg, cinnamon and dried fruit. It was served cold. They also drank mead a honey based beer that was sweet and served warm.
Though the peasants were not expected to work over the festive period, this had as much to do with the weather and the darkness of the night as it was any generosity on their master's part, Christmas Day was also a Quarter Day, or the day when they were expected to pay the rent.
On Boxing Day it was traditional for wealthy landlords to provide their tenants with a gift of money. This would be presented to the farmer in a small clay pot known as a Piggy. These would then be smashed to reveal what was inside. These are known to us now as Piggy Banks.
Not all of the Christmas period was fun however, particularly if you were a child. The 28 December was Holy Innocents Day, or Childermass. This was the day when King Herod had supposedly ordered that all children under the age of two be killed. In England, children were reminded of this by being beaten and chastised.
Bands of travelling actors would also go from village to village performing plays in what was known as Mumming. Mystery Plays were popular and in particular the story of King Herod who could be said to have been the first pantomime villain. 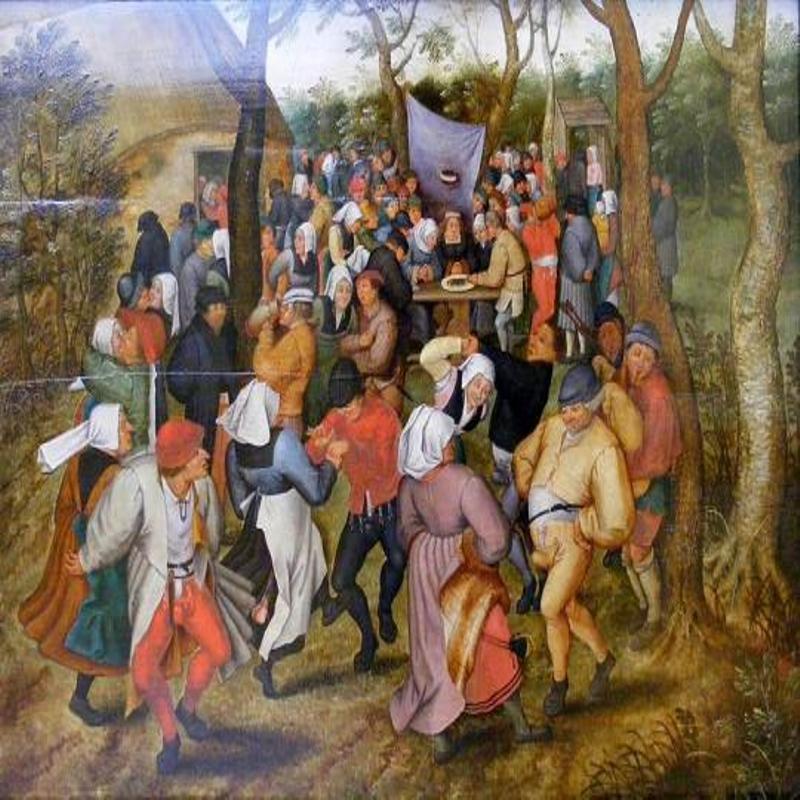 New Years Day was known as the Feast of Fools. It was a day of lewd behaviour, heavy drinking, over-indulgence and wanton behaviour in which even the clergy participated. Indeed, it was the only time when the poor could subvert the social order and it would be tolerated. A Lord of Misrule, often a small boy, would be appointed to preside over the proceedings and on the Continent it was common for the boy to be dressed in a Bishop’s robe.
So a Medieval Christmas was in many respects not so different to our own. It was, and remains, a combination of Christian piety, Pagan amorality, and Roman Bacchanalian over-indulgence.
Tagged as: Ancient & Medieval
Share this post: