Alexander the Great: Mutiny at Opis

Posted on 28th June 2022
In October 336 BC while attending the wedding of his daughter, Philip II of Macedon was assassinated. That same day the army proclaimed his often estranged 20 year old son Alexander his successor.
Philip II had been a highly successful General whose greatest achievement was the conquest of Greece something even the great Persian Empire had failed to do. It would however, pale into insignificance alongside that achieved by his son who in a little more than a decade would annexe the Balkans, conquer Egypt, defeat the Persians, and advance into India as far as Afghanistan. On his progress he built some 20 cities, all named Alexandria, made allies of former enemies while executing both friend and foe alike. In doing so he spread Hellenic culture across much of the known world, a culture largely adopted by and spread even further by the Roman Empire thereby establishing the foundation blocks of western civilisation.
All this Alexander achieved with a Macedonian army that rarely exceeded 50,000 but he was careful to cultivate allies from among those he conquered and bring them to his side; to ensure their loyalty he flattered, showered them with honours, and promoted them to positions of power. This ensured his conquests would continue but it also caused great resentment among his Macedonian troops as also did his adoption of Persian manners and dress and his taking of a ‘barbarian’ Roxana for a wife.
The Macedonians had been on constant campaign for ten years and they were exhausted, homesick, and resentful. Things came to a head at Opis on the banks of the River Tigris where Alexander announced his decision to allow the oldest of his veterans and those disabled by war wounds to return home. His Macedonian troops believed this was a plot on his part to replace them with barbarian recruits. They mutinied and demanded that they to be permitted to leave. Alexander was quick to act and thirteen of the ringleaders were arrested and executed. He then adopted a more conciliatory approach however, and on 16 August, 324 BC, addressed the army directly.
This is the speech he gave according to the Greco-Roman historian Arrian in his book on Alexander, The Anabasis, written some 400 years after the events described: 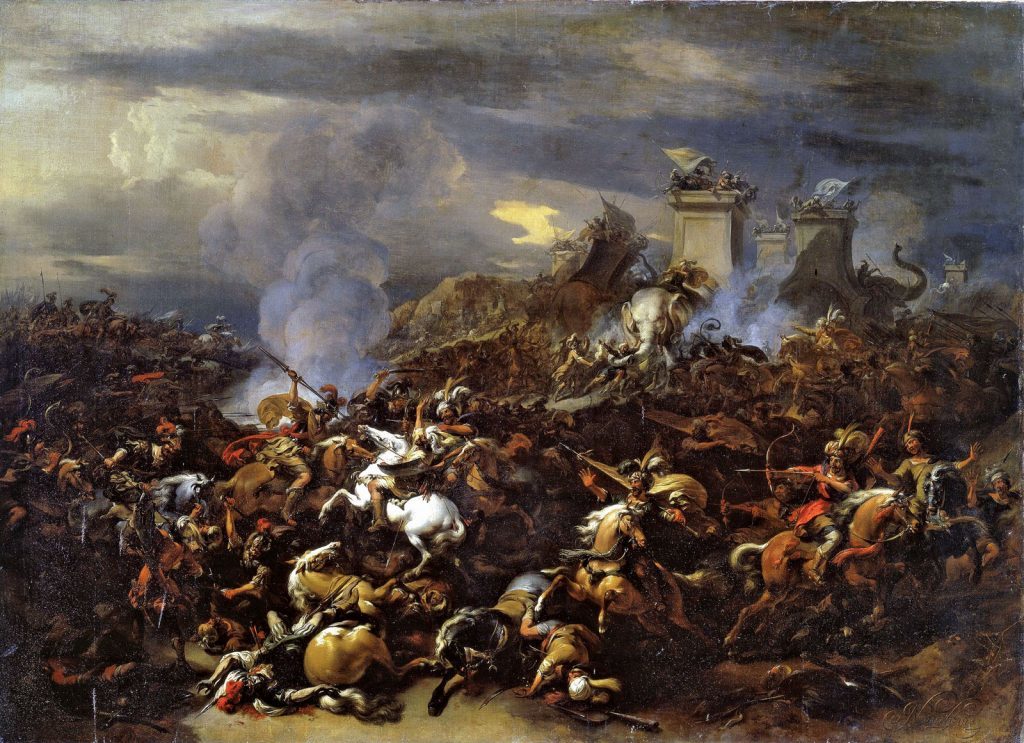 "Macedonians, my speech will not be aimed at stopping your urge to return home; as far as I am concerned you may go where you like. But I want you to realize on departing what I have done for you, and what you have done for me.
Let me begin, as is right, with my father Philip. He found you wandering about without resources, many of you clothed in sheepskins and pasturing small flocks in the mountains, defending them with difficulty against the IIIyrians, Triballians and neighboringThracians. He gave you cloaks to wear instead of sheepskins, brought you down from the mountains to the plains, and made you a match in war for the neighboring barbarians, owing your safety to your own bravery and no longer to reliance on your mountain strongholds. He made you city dwellers and civilized you with good laws and customs.
Those barbarians who used to harass you and plunder your property, he made you their leaders instead of their slaves and subjects. He annexed much of Thrace to Macedonia, seized the most favorable coastal towns and opened up the country to commerce, and enabled you to exploit your mines undisturbed.
He made you governors of the Thessalians, before whom you used to die of fright, humbled the Phocians and so opened a broad and easy path into Greece in place of a narrow and difficult one. The Athenians and Thebans, who were permanently poised to attack Macedonia, he so humbled (and I was now helping him in this task) that instead of you paying tribute to the Athenians and being under the sway of the Thebans, they now in turn had to seek their safety from us.
He marched into the Peloponnese and settled matters there too. He was appointed commander-in-chief of all Greece for the campaign against the Persians, but preferred to assign the credit to all the Macedonians rather than just to himself.
Such were the achievements of my father on your behalf; as you can see for yourselves, they are great, and yet small in comparison with my own. I inherited from my father a few gold and silver cups, and less than 60 talents in the treasury; Philip had debts amounting to 500 talents, and I raised a loan of a further 800. I started from a country that could barely sustain you and immediately opened up the Hellespont for you, although the Persians then held the mastery of the sea.
I defeated in a cavalry engagement the satraps of Darius and annexed to your rule the whole of Ionia and Aeolis, both Phrygias and Lydia, and took Miletus by storm.
All the rest came over to our side spontaneously, and I made them yours for you to enjoy.
All the wealth of Egypt and Cyrene, which I won without a fight, are now yours, Coele, Syria, Palestine and Mesopotamia are your possession, Babylonia and Bactriaand Elam belong to you, you own the wealth of Lydia, the treasures of Persia, the riches of India, and the outer ocean. You are satraps, you are generals, you are captains. As for me, what do I have left from all these labours? Merely this purple cloak and a diadem.”
Tagged as: Ancient & Medieval, Fact File
Share this post: