Posted on 16th February 2021
Caractacus, was a Chieftain of the Catuvellauni Tribe that inhabited the area of Kent and the lands in around the future city of London. In AD 40 he joined his father Cunobelinus in an attack upon the lands of the neighbouring Atrebate Tribe much of which they conquered. As a result, the Atrebate leader Verica, fled to Rome to plead with the Emperor Claudius for assistance in regaining his Kingdom.
The lame and stammering Claudius was desperate for an Imperial Triumph by which to establish his authority and what better way to do this than conquer the Island of Britannia, something that even the mighty Julius Caesar had failed to do. So In the summer of AD 43, four legions, some 40,000 men, landed on the south-east coast of England. Caractacus, who had recently succeeded his father as Chieftain was determined to resist them and together with his brother Togodomus, he faced the Roman Army under Aulus Plautius in two pitched battles in the Medway at the mouth of the River Thames. He was heavily defeated in both and Togodomus was killed. Defeat makes a poor bedfellow and unable to unite the tribes around him the land of the Catuvellauni was quickly overrun. It was clear his tactics would have to change. 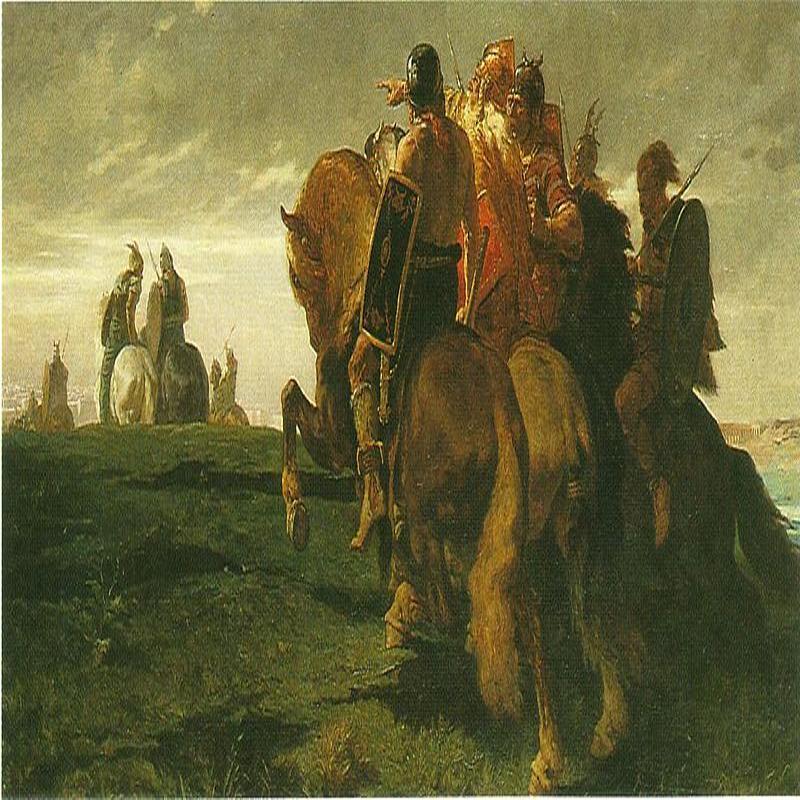 Much to the surprise of his Roman adversary Caractacus refused to surrender or even to negotiate and instead took what remained of his warriors to South-Wales where he enlisted the support of the Silures and the Ordovices. The Romans followed him expecting a swift victory but Caractacus refused to meet them in open battle instead adopting the tactics of guerrilla warfare launching hit-and-run attacks, night raids on Roman encampments, cutting their supply lines and picking off stragglers but he could not halt the advance of the Roman Army. In response, Caractacus retreated north into the mountains where he determined to make a last stand at the Hill Fort of Caer Caradoc. This he knew would be the final and decisive battle.
The Roman historian Tacitus describes how Caractacus went among his men encouraging them. He told them that they would either recover their freedom or be forced into everlasting slavery. He reminded the troops how their ancestors had defeated the mighty Julius Caesar, and his warriors cheered him and vowed never to surrender.
The Romans forded the river that straddled the fort without much difficulty but as they advanced up the hill they were met by a hail of missiles and suffered heavy casualties. Forced to withdraw they returned soon after adopting the Testudo, or Tortoise, a tactic that saw them take close order inside a shield wall protecting both their flanks and their heads.
As the Romans advanced up the hill and began to scale the ramparts, the Britons emerged from the fort to engage them in ferocious hand-to-hand combat. But the struggle was an uneven one. Without armour, breastplates, or helmets, hundreds of Britons were cut down.
Seeing the battle turn in his favour the Roman Commander Publius Ostorius Scapula ordered the fort to be enveloped. Surrounded, the Britons fought on bravely but it was a hopeless cause. Finally, with the capture of Caractacus’s wife, daughter and remaining brothers the fighting came to an end. Much to the Romans frustration however, Caractacus had escaped. 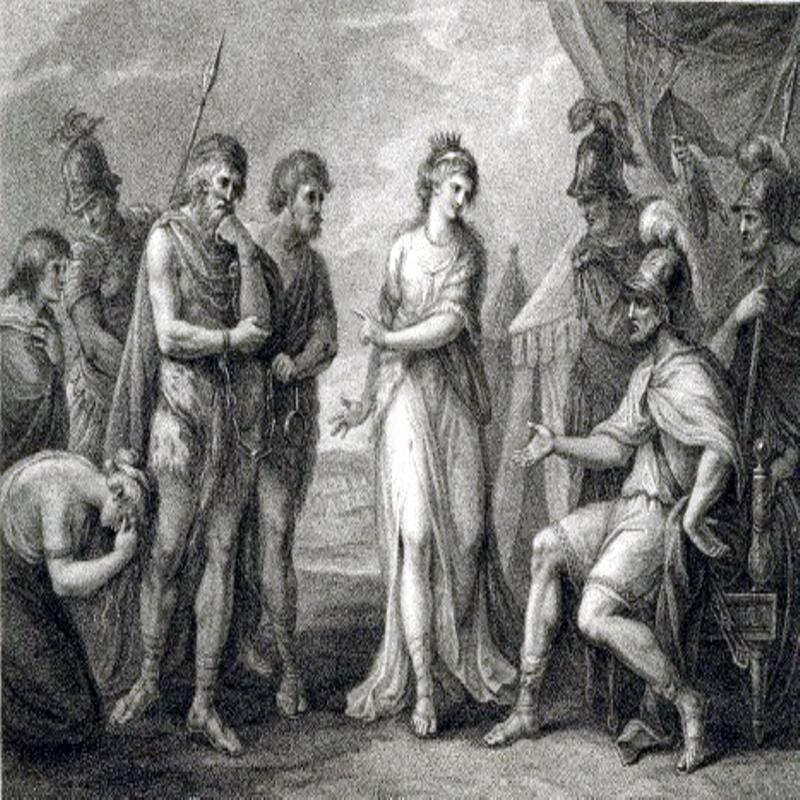 Fleeing north to Yorkshire he sought refuge with the Brigantine Tribe who he encouraged to join the struggle. Instead, their Queen the duplicitous and greedy Cartimandua, had him taken prisoner, put in chains, and handed over to the Romans. The year was AD 50 and Caractacus had resisted the Roman occupation for more than seven years.
Following his capture Caractacus and his entire family were taken as prisoners to Rome. Tradition had it, that as part of an Imperial Triumph, they would be paraded through the streets of the city in chains to be abused by the crowd before being ritually executed for their entertainment. Just such a fate had much earlier befallen the Gallic hero Vercingetorix. Unknown to Caractacus however his long and successful guerrilla campaign had made him a hero in Rome and instead of being jeered Caractacus was cheered as he was paraded through the streets and women in the crowd tried to touch his clothes. Such was his reputation that before sentence was passed he was permitted to address the Senate.
As they entered the Senate House, his family cowed, stooped, and fell to the ground in supplication but not Caractacus who stood erect and unbowed and told the Emperor and assembled Senators in a loud and clear voice: “Why, if you Romans choose to lord it over the world does it follow that the world should accept your slavery?”
So impressed was Claudius by Caractacus’s unbowed defiance that he granted him and his entire family a pardon. They were to live out the rest of their lives in some comfort as free men and women in Rome, but they were never to see their homeland again.
Caractacus was impressed by Rome, though he did once remark: “How can you who have such possessions, and so many of them, covet our poor tents
Tagged as: Ancient & Medieval
Share this post: