Dr Crippen: The Body in the Cellar

Posted on 7th February 2021
Hawley Harvey Crippen was born in Coldwater, Michigan, on 11 September 1862 to respectable middle-class parents who worked hard, obeyed the law, tended to their religious devotions and expected their son to do the same. He wouldn’t disappoint them and the introverted young Hawley who rarely played with the neighbourhood children and would later have few friends in life studied long into the night until in 1884, aged 22, he graduated from University as a Doctor of Homeopathic Medicine.
Few could have guessed that this physically unimpressive, mild-mannered and always courteous young man who had never been in any trouble would die as one of the most notorious murderers in British Criminal History.
In September 1894, two years after his first wife died of a stroke he married a woman who went by the name of Corinne ‘Cora’ Turner who loud and avuncular had her heart set on a stage career. They seemed ill-matched the mild-mannered, softly spoken doctor and the brash wannabe star and the marriage appears to have had its problems from the start. Even so, and despite the rumours of her many affairs, he paid for her to have singing lessons and helped in her ambition to join an Opera Company. 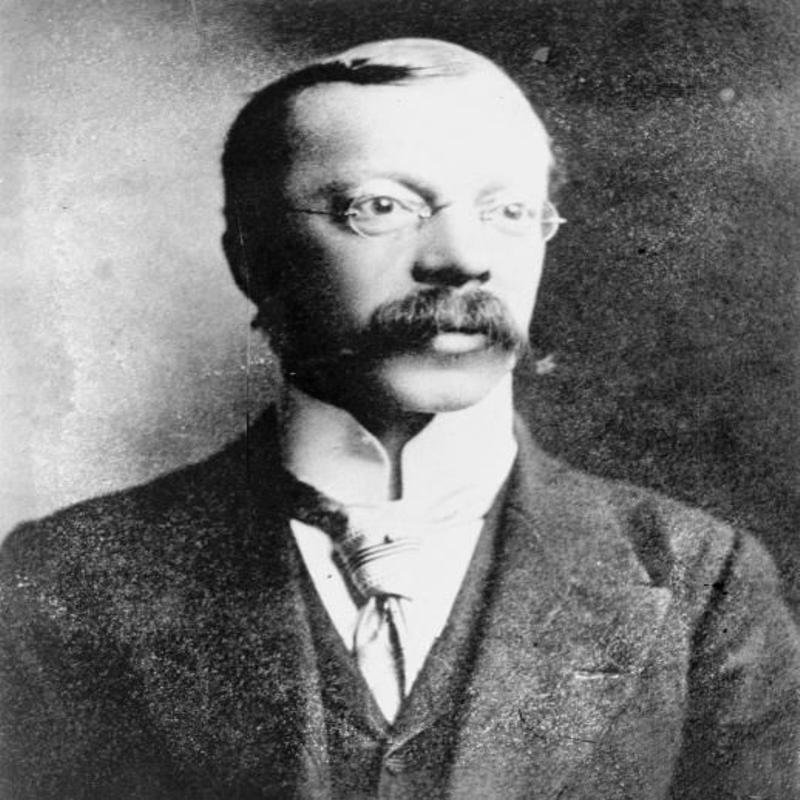 By 1900, Crippen was working at the London Office of a pharmaceutical company selling patent medicines but while he continued to work hard Cora who had decided she wanted to be a Music Hall star was enjoying the nightlife.
With medical qualifications that did not permit him to practice as a doctor in England the Crippen’s were not comfortably off and he would have preferred Cora got a proper job. In any case, he considered Music Hall to be little better than prostitution and for a man who sought respectability this was difficult to bear. Cora was not going to be deflected from her chosen career path by her timid husband and adopting the name of Belle Elmore she joined the Music Hall Entertainers Guild.

Despite his objections to her chosen career he was nonetheless willing to act as her manager but he was no impresario and the work he found her was patchy and infrequent at best, not that Cora could have cared less as long as she could continue to drink and party with her theatrical friends.
Crippen, who could appear cold and distant, was in fact liked by those who knew him but in the presence of his wife he would change often bullied into sullen silence and utterly unable to restrain her in any way. She also continued with her affairs and barely did anything to disguise the fact. Indeed, on one occasion he returned home from work to find her in bed with the lodger. His humiliation it seemed was to be constant.
On 31 January 1910, the Crippen’s held a party in their home at 39 Hilldrop Crescent, Holloway, to welcome in the New Year. Only Cora’s friends had been invited and it was later said by those present that Crippen who had recently lost his job was sullen and morose throughout the night. Cora was unconcerned and remained her usual gregarious self - it was also the last time she was ever seen alive.
In the days that followed Crippen was questioned many times regarding the whereabouts of his always larger-than-life wife. He told her friends that she had decided to return to the United States which struck them as odd. She had made no mention of doing so and had seemed happy in London. Questioned further Crippen elaborated – she had in fact been seriously ill and had returned to America to be with her family. She had since died in California and been cremated. He had not said anything about this before because he did not want to upset anyone. 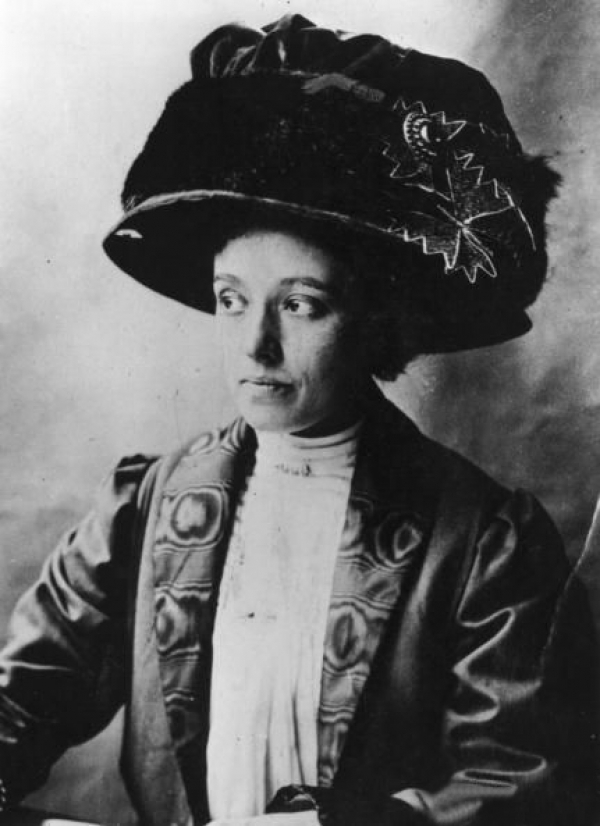 In Cora’s absence a young woman by the name of Ethel le Neve moved into 39 Hilldrop Crescent. She had been working in the typing pool of Crippen’s previous employer and they had been having an affair for some time, though it was one that he had gone to great lengths to keep secret. She had also been seen in public wearing some of Cora’s clothes and even her jewellery. Noticing this, a friend of Cora’s, Kate Williams, who performed in Music Hall as Vulcana the Strong-woman, reported her missing to the Police.
The case was taken up by Inspector Walter Dew, and his investigation revealed that Cora was well known locally and that no one questioned believed for a moment that she would simply up sticks and leave without telling anyone. As a result he arranged for the house to be searched but nothing suspicious was found. Following an extensive interview with Crippen himself he decided that no further enquiries were necessary.
Whatever may have been said in the interview something must have spooked Crippen for the following day he fled with his new young lover Ethel to Brussels. This prompted Dew to order further searches of the house and it wasn’t until the fourth search that human remains were found in the basement but the body had no head or limbs and the bones and sexual organs had been removed. The Police now requested the assistance of Sir Bernard Spilsbury, the father of modern forensic science, who identified the remains to be those of Cora Crippen. His assessment was based on a 5 inch strip of skin that bore a scar she was known to have had following the removal of her ovaries. He also found traces of the drug scapalomine, a relaxant that would have made her unconscious or at least rendered her helpless.
On the basis of this evidence Inspector Dew issued a warrant for the arrest of Dr Hawley Harvey Crippen and Ethel le Neve. In the meantime, he and Ethel had boarded the Steamer SS Montose bound for Canada.
Aware the Police had made public the fact they were wanted for the murder they travelled First Class in the hope this would deflect any unwanted attention but just to make sure Ethel also disguised herself as a boy.
His belief that as First Class passengers their respectability would be taken for granted was a mistake for had they travelled Third Class their anonymity would almost certainly have been assured but the unnatural affection this man and seemingly young boy showed one another soon brought them to the attention of their fellow passengers who took their suspicions to the ship’s Captain, Henry Kendall, who thought he recognised them as the fugitives from justice, Dr Hawley Harvey Crippen and Ethel le Neve. He sent a wireless telegram to Scotland Yard:
“Have strong suspicions that Crippen London cellar murderer and accomplice are among saloon passengers. Moustache taken off growing beard. Accomplice dressed as boy. Manner and build undoubtedly girl.”
It was the first time Marconi Radio had been used in such a case.
The receipt of the telegram seemed to confirm other information Inspector Dew had received that Crippen was intending to flee back to the United States. He immediately boarded a faster liner, the SS Laurentic that was due to dock in Quebec the day before the Montrose.
Dew contacted the Canadian Authorities who disguised him as a pilot so that he could board the Montrose unnoticed.
On 31 July 1910, Inspector Dew boarded the SS Montrose a little nervous that he may have a made mistake but when Captain Kendall pointed out Crippen, he knew he had his man. He approached and introduced himself:
“Good morning, Dr Crippen. Do you remember me? I’m Inspector Dew of Scotland Yard.”
Crippen responded “Thank God, it’s over” and held out his wrists to be handcuffed. 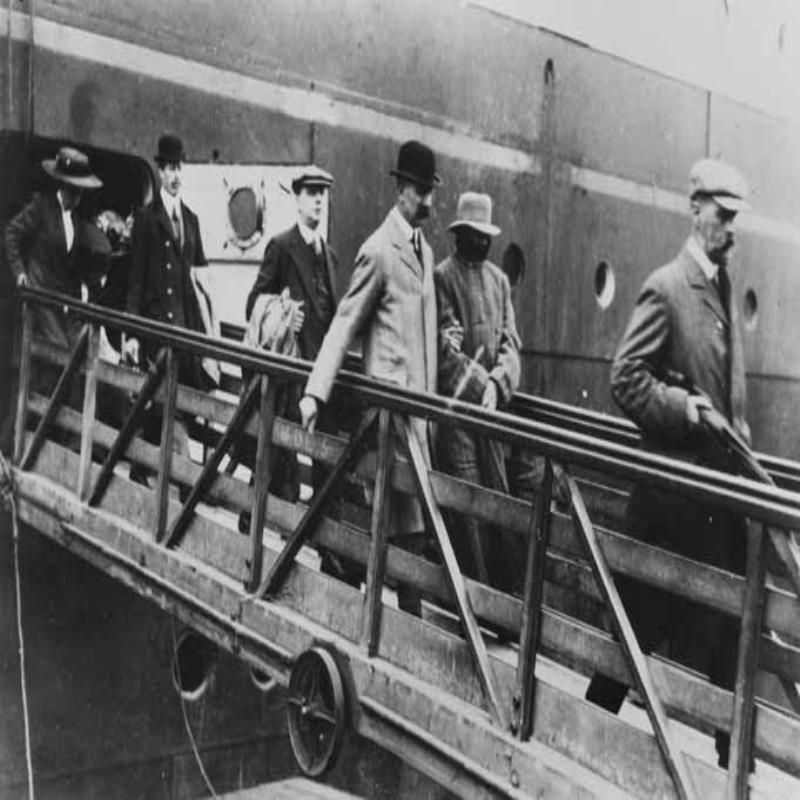 Canada at the time was still part of the British Empire, had Crippen travelled directly to the United States and then been arrested in a similar fashion prolonged extradition proceedings would have followed that may have yielded different results. Crippen and Ethel were returned to England on the SS Megantic to stand trial for the murder of his wife Cora.
The trial began at the Old Bailey in November in a flurry of media activity – the case of the murderous cold-bloodied doctor and his lascivious lover – and it gripped the nation.
In Court the prosecution claimed that Crippen had poisoned his wife and then chopped up the body. Her limbs he burned in the kitchen stove, her internal organs he dissolved in acid. The head he had then put into one of her handbags and thrown into the sea. But he had fled before he could likewise dispose of the torso and so this he had tightly bound into one of his old pyjama tops and buried in the basement. Crippen did little to defend himself in Court even though the evidence against him was flimsy and largely circumstantial based as it was on the relatively new science of forensics and the hearsay of Cora’s friends.
But his primary concern was protecting Ethel and if he as a result he came across as callous and indifferent, as a man who peering coldly through his horn rimmed glasses displayed no emotion and was incapable of remorse then so be it.
Ethel was no doubt implicated in the crime, if not in the deed itself then certainly in its aftermath. She had it was said been present when Cora’s head was tossed into the sea and she had counter-signed cheques in Cora’s name so that Crippen could access their joint bank account. Crippen however, had steadfastly refused to implicate Ethel so despite the evidence against her she was acquitted of all charges.
In his last letter to Ethel he had written: “We are two children in the great unkind world, who clung to one another and gave each other great courage.”
His devotion to Ethel belied the popular image of him as a the epitome of the cold-bloodied murderer but even so the Jury took just 27 minutes to find him guilty of murder and sentenced to death he was hanged at Pentonville Prison on 23 November, 1910.
Dr Crippen went to his death as he had lived his life quietly and with little fuss. Taciturn to the end there were no final words to report. Not long after the trial Ethel sold her story to the London Daily Chronicle. She was described in the paper as:
“A pretty and attractive little creature, a typical cockney girl, gay and always laughing, though she was a bit of a hypochondriac, who thought the whole thing was a bit of a lark.”
She would go onto say that he was mad when he did it, and he was mad for me.
Though she rarely spoke about the case later in life she did in 1930 say that Crippen had murdered his wife because she had contracted syphilis. When she was asked in 1954, were Crippen to miraculously reappear would she still marry him? She answered emphatically – yes!
She died peacefully in her sleep in 1967, aged 84.
Recent DNA evidence taken from the strip of flesh analysed by Dr Spilsbury has failed to match the profile of any of Cora’s distant relatives casting doubt upon the conviction, or at least the identity of the body, but not necessarily on their guilt.
Tagged as: Modern
Share this post: