Duke of Monmouth: The Bastard Son

Posted on 23rd May 2021
The Duke of Monmouth was born James Scott sometimes known as Crofts, on 9 April 1649. He was the bastard son of the future King Charles II and his then mistress Lucy Walter, though some had expressed doubts. After all, there was little physical similarity between them, he was much shorter and considerably more handsome than his alleged father and Lucy Walter’s promiscuous reputation was both well known and well-founded. Charles never doubted his lineage however, and always particularly fond of his first born even if his affections were often returned in acts of petulance and open defiance of his wishes.
This was in large part due to Scott’s belief that regardless of his illegitimacy he was the rightful heir to his father’s throne but deep his felt love aside Charles would never contemplate him becoming King.
Sadly, the King’s famed fecundity (he was to sire as many as eleven children out of wedlock) could not stretch to his Portuguese wife the barren Catherine of Braganza and so the legitimate heir to the throne remained his Catholic younger brother James, Duke of York. 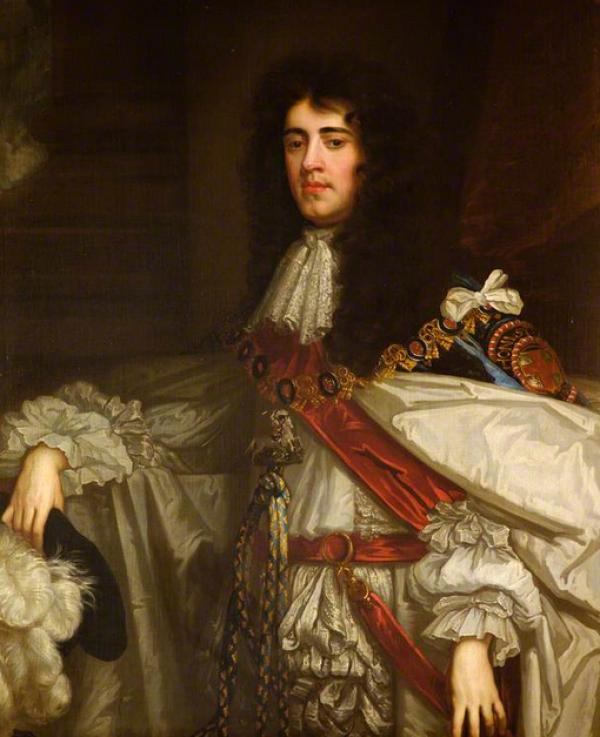 Even so, Charles did his best to placate his son and also temper his ambitions by lavishing honours and wealth upon him. He created him the Duke of Monmouth and married him to the wealthy and beautiful Anne, Countess of Buccleuch. But all this pampering only served to spoil him and provide him with a glamorous public image that belied the spite and vanity he often displayed in private.
Always vulnerable to flattery and easily swayed by the cheers of the crowd he soon became the political pawn of the Opposition Leader Anthony Ashley Cooper, Lord Shaftesbury, who manipulated his gullibility making him the focus of plots against his Uncle much to his father’s fury. Things were to come to a head during the Exclusion Crisis of 1681.
On 11 May 1679, the Bill Exclusion was introduced in Parliament by Lord Shaftesbury. If it passed through both the House of Commons and House of Lords then it would exclude the avowedly Catholic James from the line of succession. He also introduced a Bill of Attainder against the King’s Chief Minister Lord Danby, accusing him of treason.
The charge was not without foundation, Charles had been secretly taking money from Louis XIV, the Catholic King of France in agreements negotiated by Danby for some years and though it pained him to do so he felt he had little choice but to sacrifice the man who had done his dirty work for him. Danby was deeply hurt at being made the scapegoat for the King’s misdemeanours but at least Charles warned him in advance giving him time to flee abroad before he could be arrested. 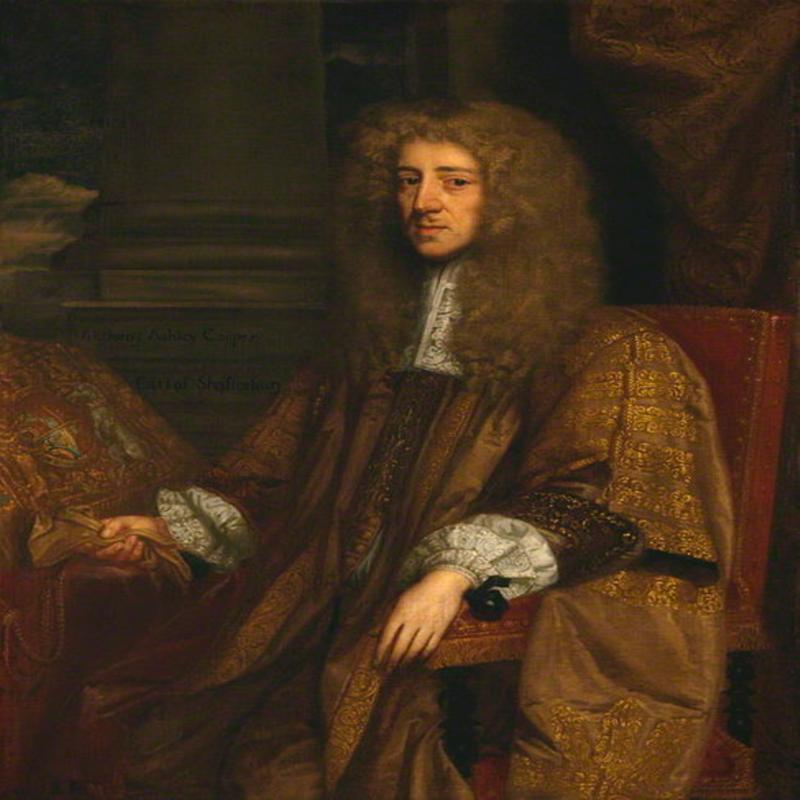 Shaftesbury was the leading politician in the country and now with the backing of Parliament he not only demanded the exclusion of James but the legitimisation of the Protestant Duke of Monmouth as next in line to the Throne. But his agenda was always greater than just the succession however, for he sought not only a Protestant heir who would be compliant to Parliament but perhaps even the eventual abolition of the Monarchy itself.
Charles responded by sending his brother James into exile thereby removing the object of dissent and dissolved Parliament but the problem would not go away.
Shaftesbury continued to whip up anti-Catholic sentiment, and the rumour soon began circulating that Charles himself, though officially an Anglican had secretly converted to Catholicism (as he was indeed to do on his deathbed).
The elections held in late 1679 went disastrously for the Royal Party and Shaftesbury felt able to renew the pressure on the King by recalling Monmouth from the exile that Charles had sent him. In December 1679, he returned to England riding through the streets of London the cheers of the crowd ringing in his ears.
Charles losing his usual calm was furious telling his favourite son that he would never be King, that he was determined to secure his father’s legacy by ensuring his brother succeeded him. It was such a dressing down that Monmouth was reduced to tears before being sent back into exile with orders never to return.
Despite his unwavering support Charles had little faith in his brother and predicted, accurately as it turned out that he would not reign for four years but he believed that he owed it to his executed father to ensure that his sons followed him as King and that there should be a legitimate Stuart succession.
Despite Charles’s express orders not to do so Monmouth continued to turn up like the proverbial bad penny, a situation that could not be allowed to continue.
Charles, whose languid ways and devotion to the bedroom may have fooled some into believing that he was happy just to reign and not rule now prove, himself a politician to be reckoned with - he would face down the opposition. 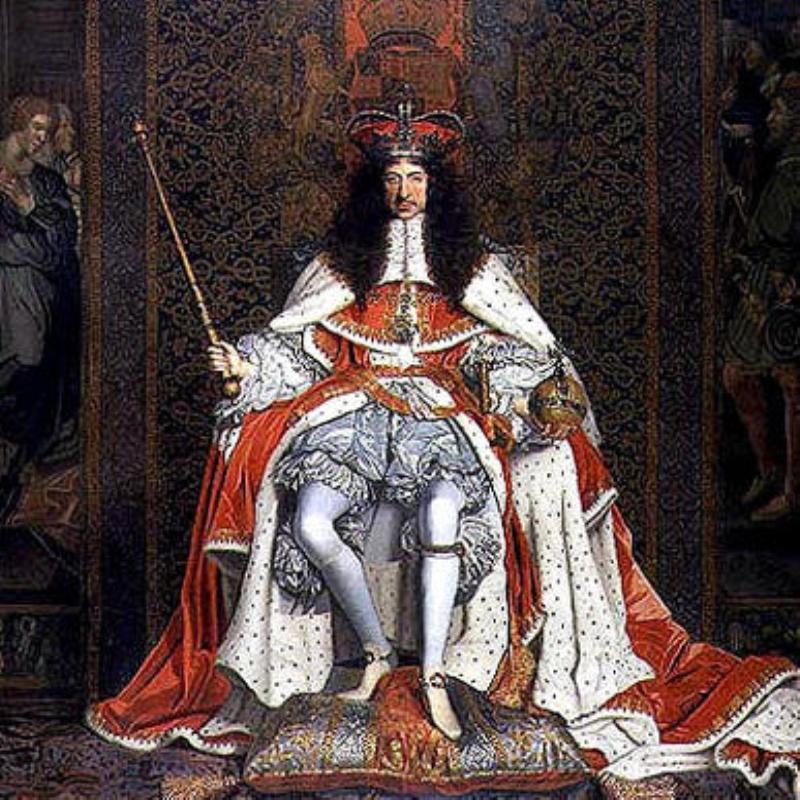 He ordered that a Parliament be convened at Oxford, thereby removing it from the pressure that could be brought to bear by the mob in London and then dressing in full Royal regalia to emphasise his majesty, he addressed the assembled M.P’s and Lords and told them without equivocation that he would not sign into law the Exclusion Bill if passed. He then ordered that the Bill be put to the vote knowing full well that he would lose it and he did overwhelmingly. He then dissolved Parliament and awaited the response.
Charles had thrown down the mantle. If Parliament chose to enforce the Exclusion Bill then it would be Civil War and unlike his father thirty years before he had the money and the troops to wage one; faced with the prospect of another Civil War and with all the disastrous consequences that would be sure to follow the opposition crumbled.
Lord Shaftesbury was later arrested and charged with treason but with no desire to open up old wounds he was subsequently cleared and permitted to go into exile abroad, he died soon after.
Charles was delighted to have secured the throne for his brother but he had not won hearts and minds nor had he reconciled James to his son who had a long history of mutual antipathy. 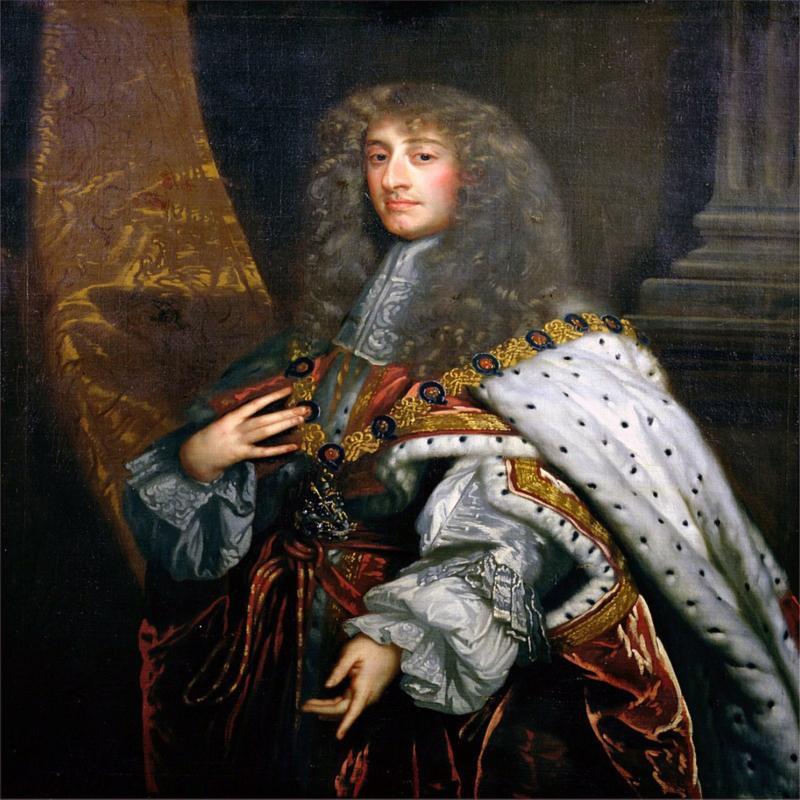 Indeed, James had come to hate Monmouth when as Lord of the Admiralty he had served under him considering his nephew a strutting peacock of a man, lazy and vain with an absurdly high opinion of himself. He believed he had been promoted to positions of power and influence well beyond his abilities and suspected that Charles was grooming him to be his heir.
Charles II died on 2 February 1685, telling his brother before he did so that he had done right by him and not to be foolish but James wasn’t listening, and even when he was crowned King to great public acclamation and oaths of loyalty he doubted their sincerity.
Monmouth also doubted that his uncle had the support of the people and encouraged to do so now determined to take what he believed was rightfully his by force. In early June 1685, he landed at Lyme Regis in Dorset. He had brought very little with him in the way of arms and troops but then as the Great Protestant Hero he had expected the people to rise up as one in his support but they were to do no such thing.
He did however manage to rustle up an army of 4,000 or so volunteers and had himself crowned King of England at Chard in Somerset. Later on 20 June in a more formal ceremony he did so again at Taunton. In the meantime, James had despatched an army under the command of his most able General, John Churchill, to crush the rebellion.
Monmouth’s army, for what it was worth was made up mostly of disgruntled farm workers and artisans who were ill-disciplined, lacked any military experience and were poorly armed often with nothing more than pitchforks and clubs but they had been promised that their lives would be made better. Now they needed leadership but the Duke of Monmouth would not be the man to provide it. 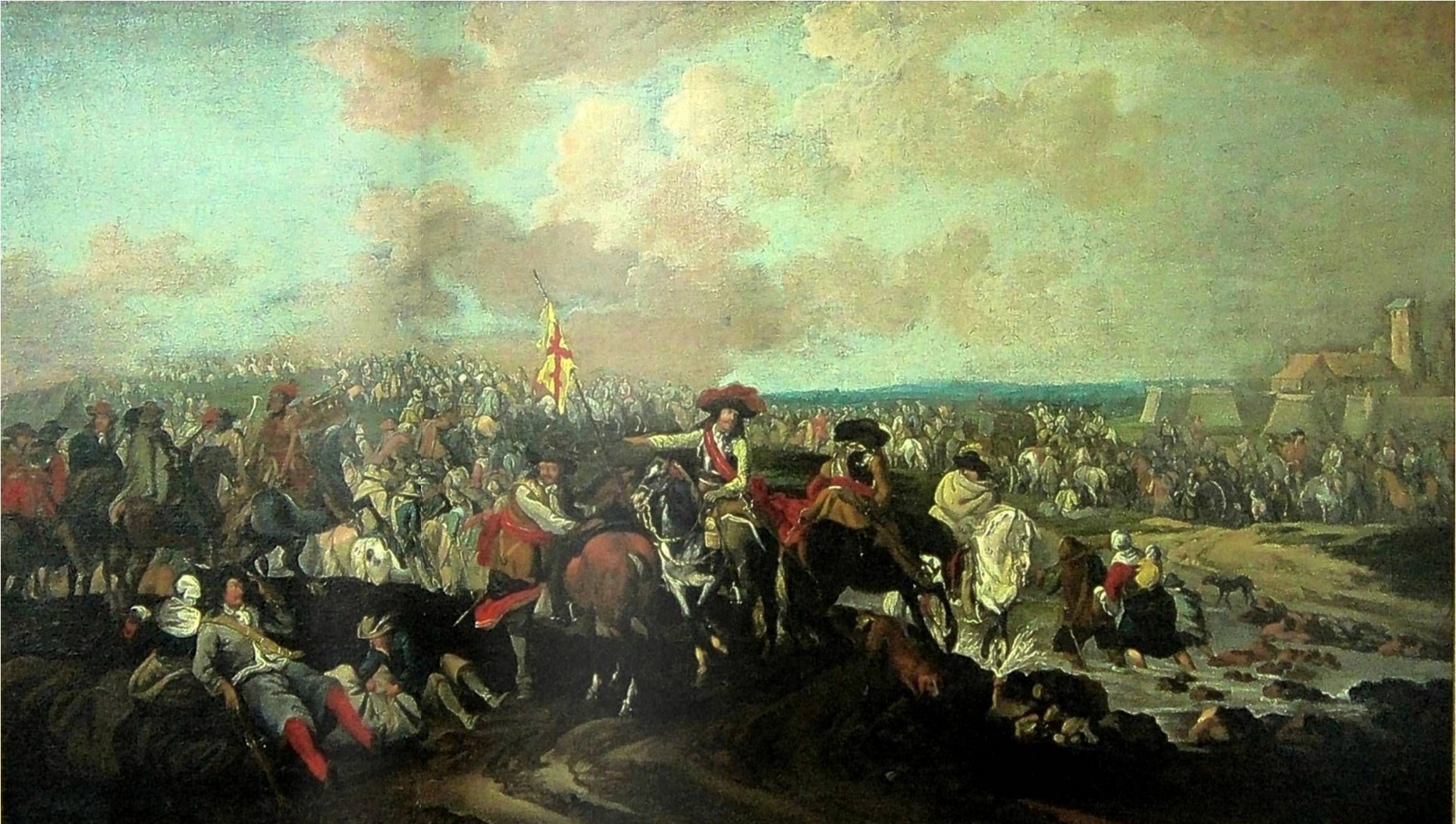 In an attempt to even up the odds on 6 July 1685, Monmouth decided to launch a night attack against the Royalist Camp at Sedgemoor but he was incapable of carrying out such a difficult manoeuvre and as his men stumbled noisily around in the dark, lost, bewildered, and with no idea where the enemy was they were outflanked by the Royalist Army. Taken completely by surprise their resistance, stubborn in places but poor elsewhere began to crumble and a defeat soon turned into rout as they fled the field in disarray. Seeing that all was lost Monmouth abandoned his men to their fate.
The Battle of Sedgemoor, a violent if brief struggle that had seen more than 1,200 rebels killed or wounded at the cost of just 300 Royalist troops was the last fought on English soil.
Monmouth managed to flee as far as Ringwood in Hampshire but was soon captured disguised as a farm worker hiding in a ditch. He was returned to London and charged with treason.
Unwashed and still in the grubby clothes he had been captured in the Duke of Monmouth demanded to see the King, his uncle, but once brought into his presence his composure deserted him as he fell to his knees and with tears running down his cheeks he begged for his life declaring that he had been misled, that he was family, that in memory of his father he should be spared the fate of traitors – James remained unmoved. On 15 July 1685, he was executed on Tower Hill having refused to confess his sins or swear allegiance to the King.
It took at least five swipes of the axe to remove his head but this was not to be the final act as those who had supported Monmouth in the cause he had so readily deserted, were now to pay the consequences for their disloyalty.
The infamous Judge Jeffries was appointed by James to root out sedition in the West Country and at the so-called “Bloody Assizes” at Taunton he was to sentence more than 1,300 people, men, women, and children to either transportation, or in the case of the men to be hanged and the gibbet became a common sight in the fields and market towns of Somerset and elsewhere.
Tagged as: Tudor & Stuart
Share this post: