Posted on 13th April 2021
She was born Helen Paterson, the eldest of seven children to a doctor from the village of Swadlincote in Derbyshire.
As a young girl she displayed a talent for drawing that was encouraged by her parents who permitted her to attend Art College both in Birmingham and later London where she trained as an illustrator before working for a number of periodicals. 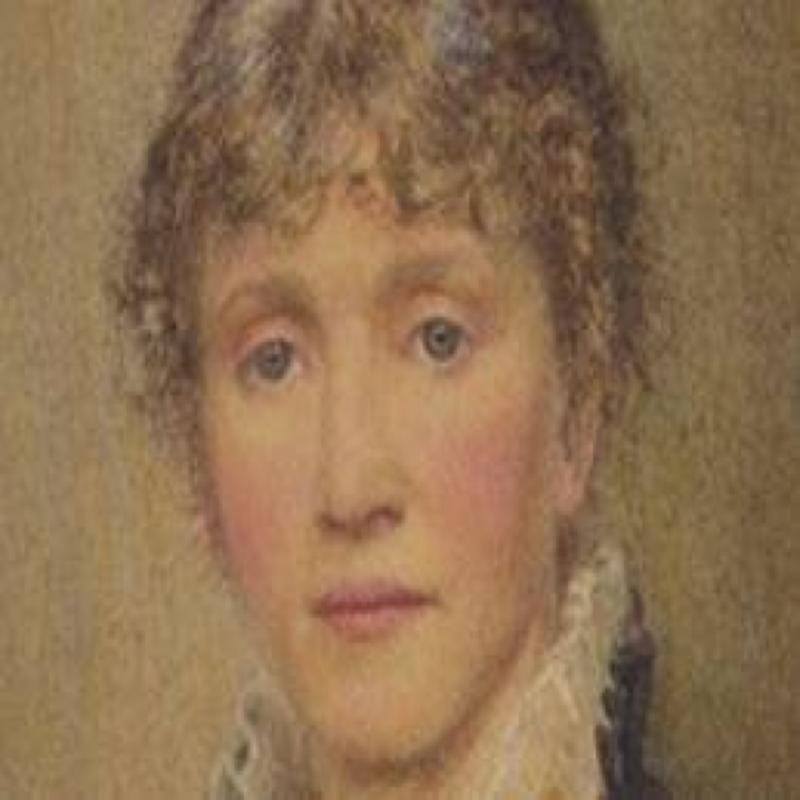 In 1874, she married the Irish poet and magazine editor William Allingham which made her financially secure and so encouraged to do she chose to abandon her career as an illustrator and concentrate on painting instead and it was as a painter of watercolours that her popularity soared.
Working mostly in Surrey and Sussex the beauty of her brush and the soft focus imagery of the village life it depicted appealed to the sentimentality of the Victorian for the timeless rural idyll that no longer presented itself to so many of who lived under the lash of the clock and in a landscape scared by forge, mill and slag heap; and so with their nostalgic themes and warm embrace of familiarity her paintings struck a chord with the British people who took them to their hearts.
By Edwardian times it seemed there were few things whether it be a postcard, a perfume bottle or a jigsaw puzzle that did not carry an image by Helen Allingham or one of her many imitators. Indeed, so ubiquitous had her style become that she was for a time disparaged as the ‘chocolate box artist’ which is to do a disservice to one of the finest painters of her generation in the genre she chose to express herself: 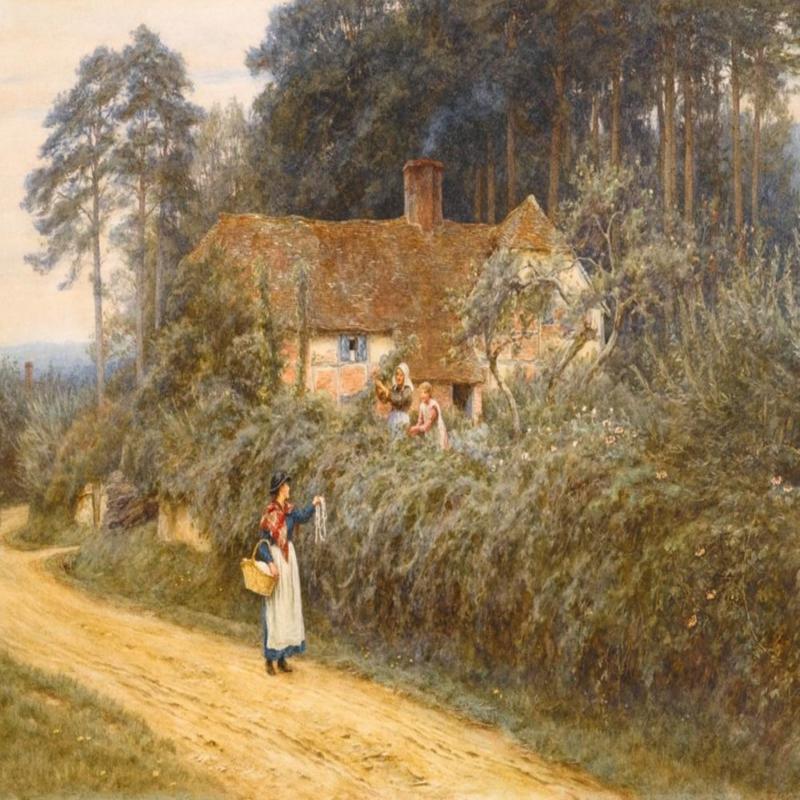 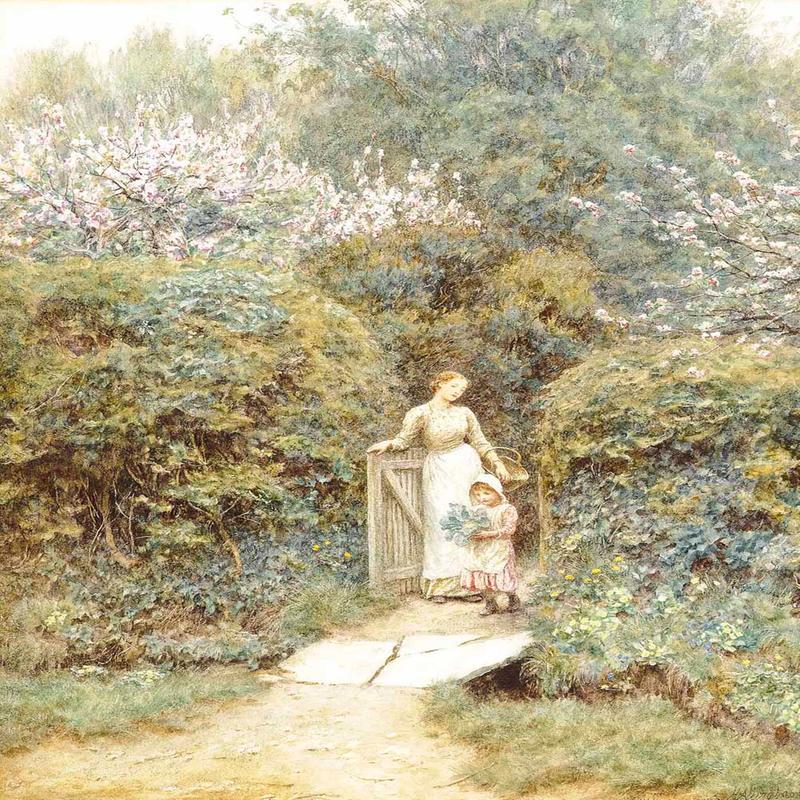 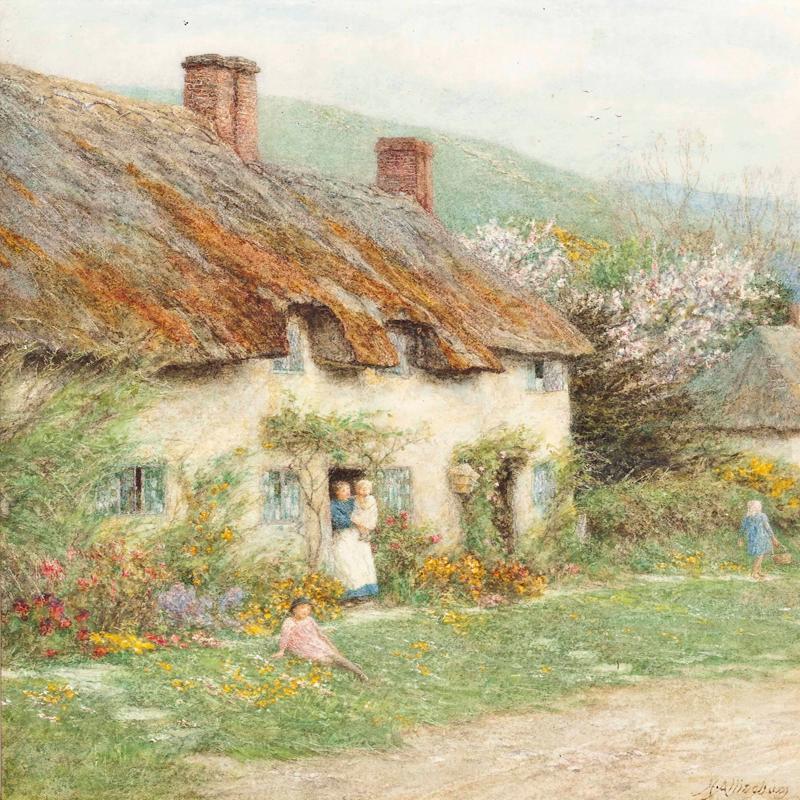 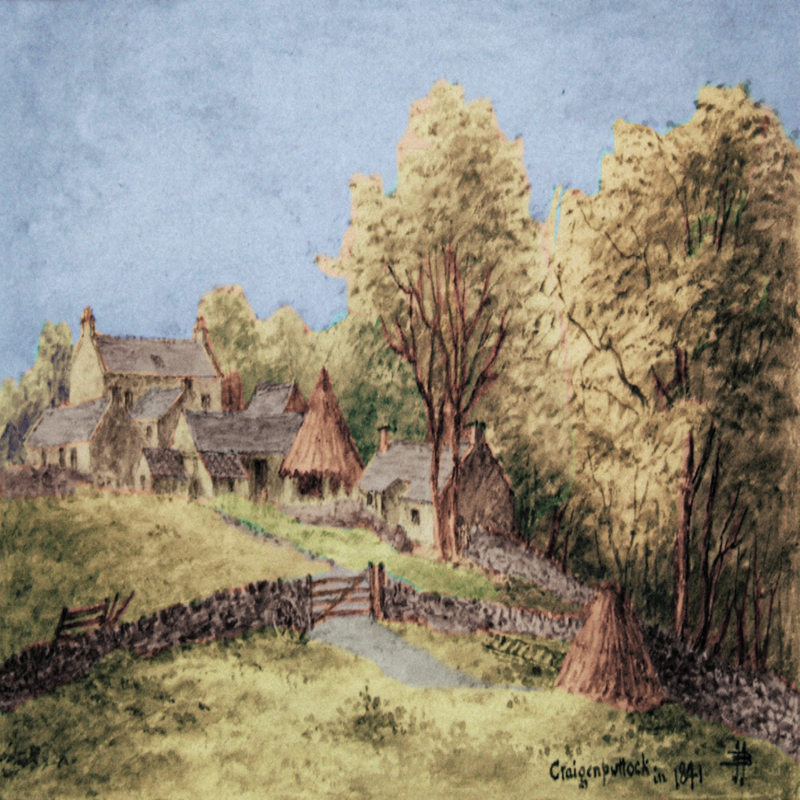 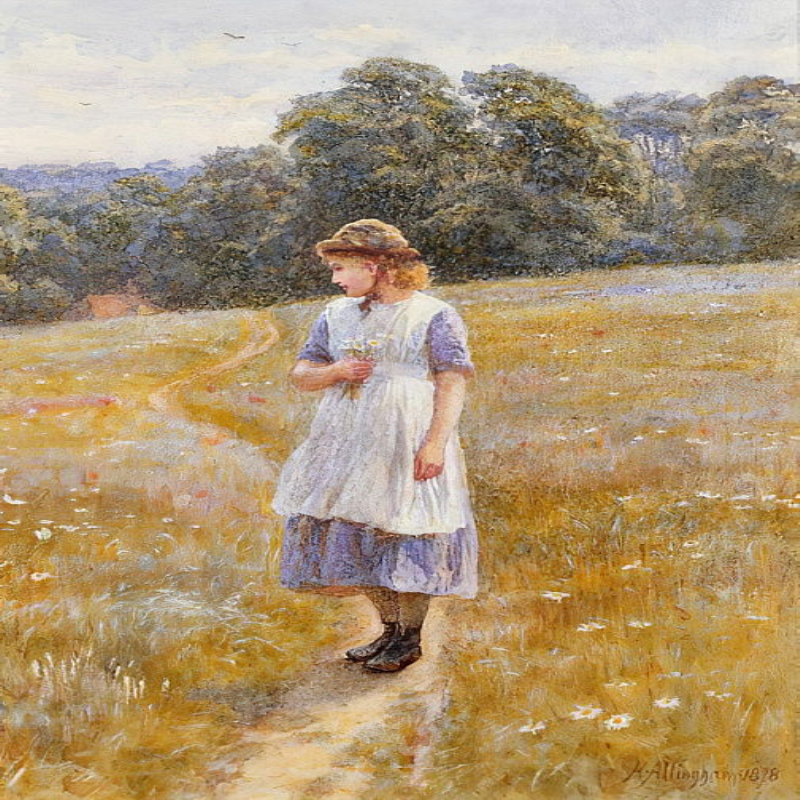 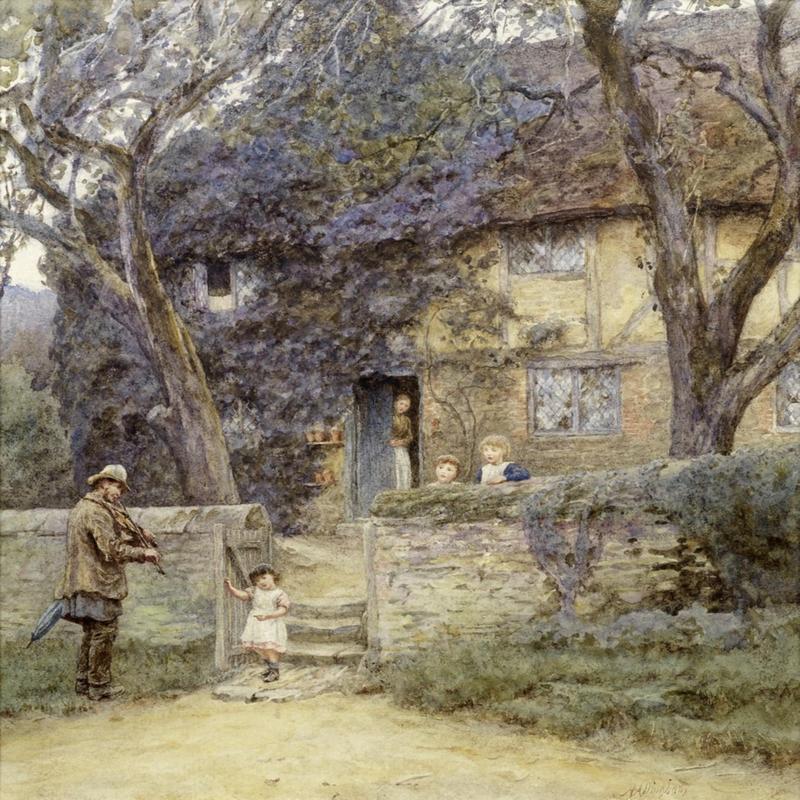 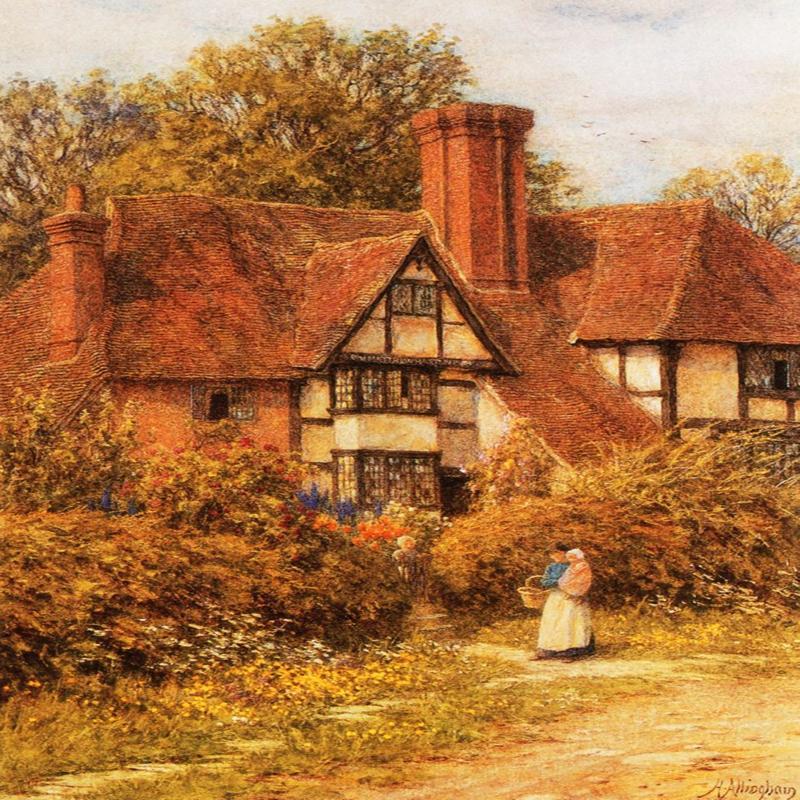 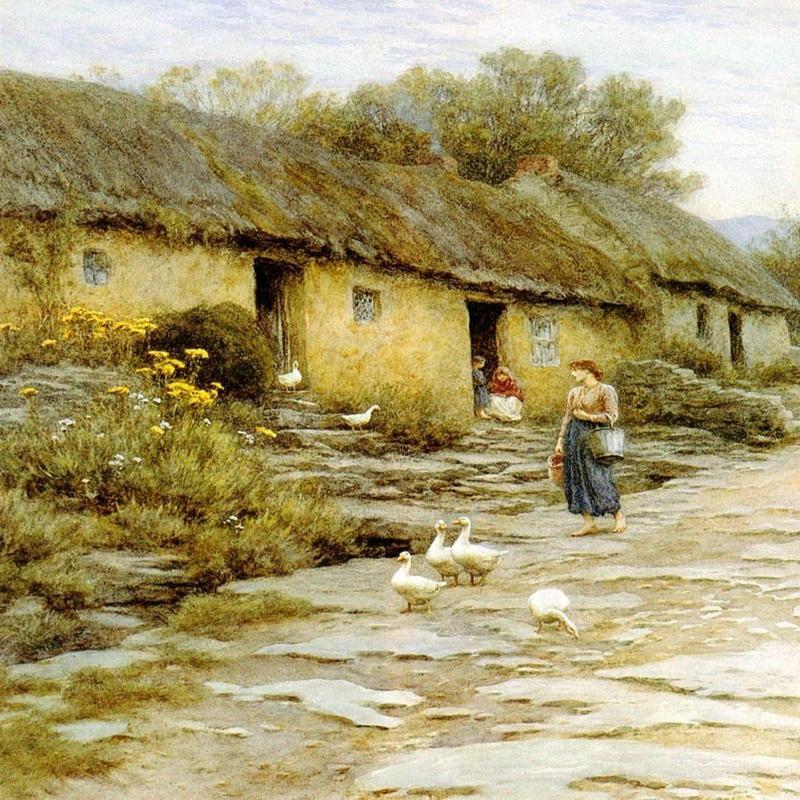 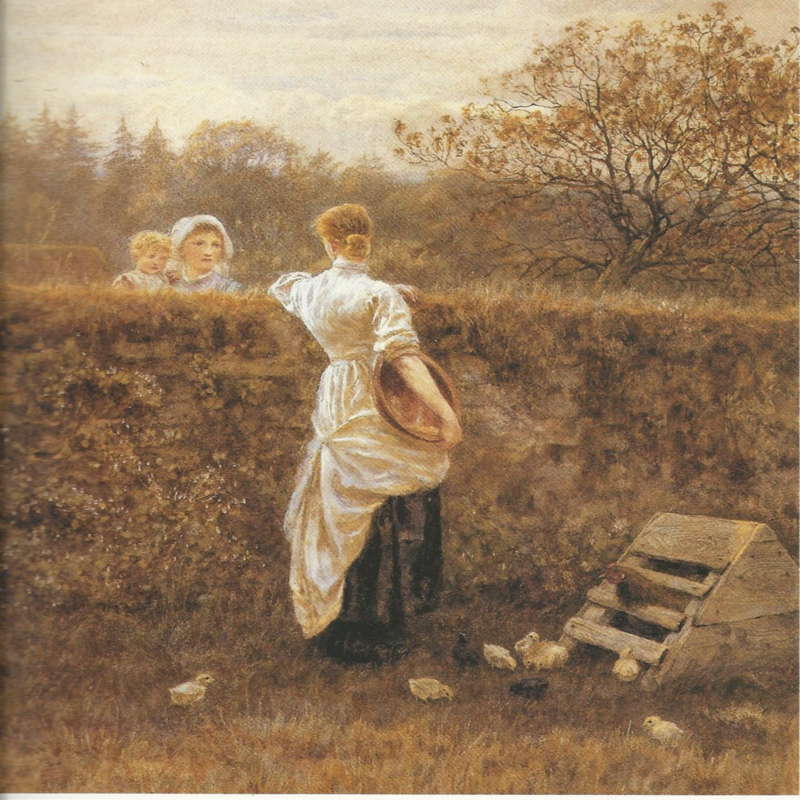 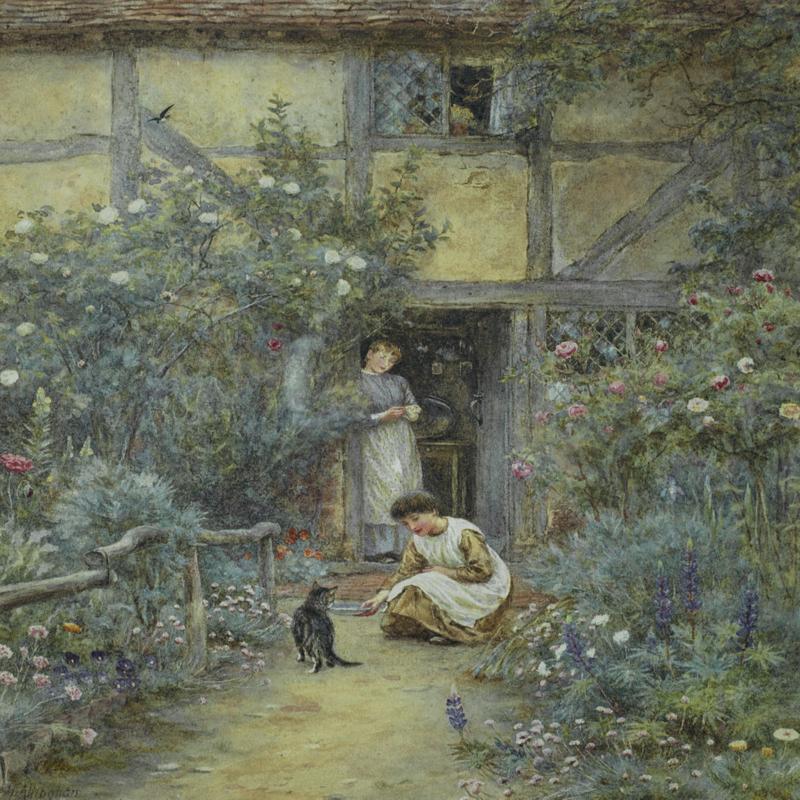 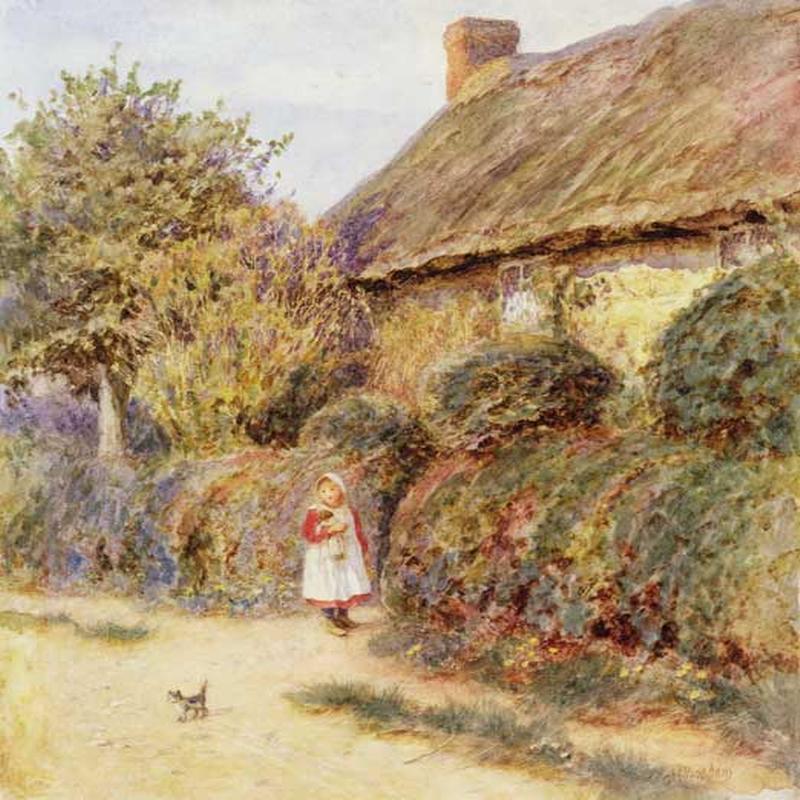