Posted on 1st February 2021
Ireland has been the battleground of other men’s ambitions for hundreds of years. Yet it was never a country of great wealth and its people had always been some of the poorest in Europe. However, its predominantly Catholic population and geographical position off the west coast of Britain made it, certainly from the 16th century on the English Governments number one security issue. Catholic incursion had long been feared especially during the years of religious war and the Irish were considered as little better than superstitious savages blindly obedient to the Pope in Rome.
It was not possible then to assimilate them they had to be suppressed and over the previous centuries much of the north of the country had been colonised by Protestant settlers from Scotland while the most fertile land was owned by a largely absent Anglo-Irish aristocracy. 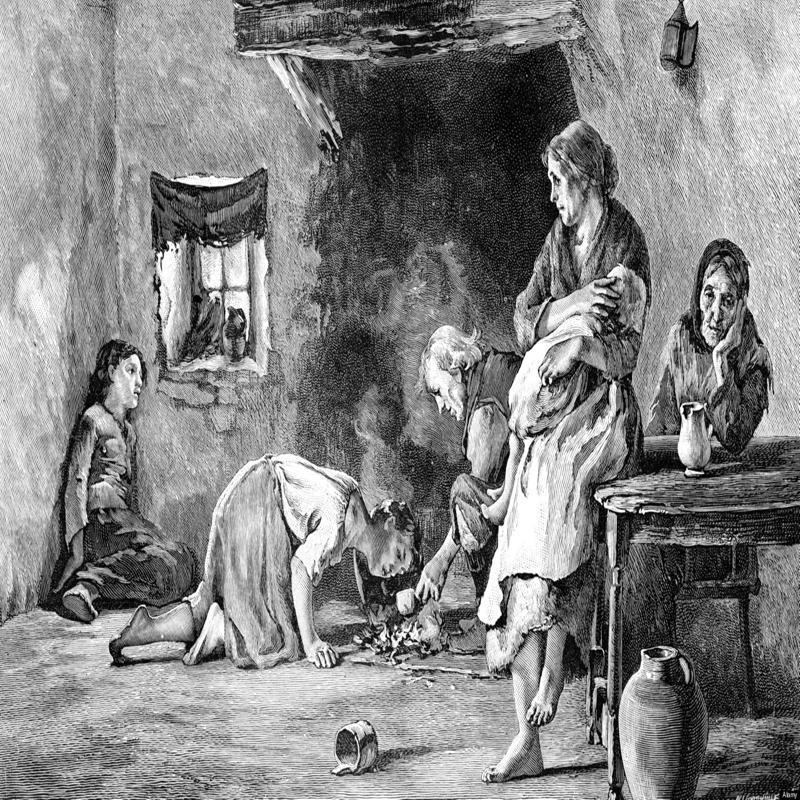 The Irish were very much dominated by their more powerful English neighbours but they never accepted this fact and the country was often in a state of rebellion. The English however stubbornly refused to loosen their grip or seriously contemplate the means by which the Irish could run their own affairs.
In 1801, the Act of Union formally incorporated Ireland into Great Britain. From now on it would be run by officials directly appointed by the Government in Westminster and Protestantism would be the established religion in the form of the Church of Ireland. It appeared to all intents and purposes that the prospect of Irish independence and freedom had been quashed forever. Though the future Prime Minister Benjamin Disraeli expressed his fears for the prospects of a country with a "starving population, an absent aristocracy, and an alien Church."
Prior to the Catholic Emancipation Act of 1829, Catholics in Britain including those who had emigrated from Ireland in hope of a better life, had been banned from voting, holding public office, working in the civil service, or attending university. They were also regularly discriminated against in the professions. While in Ireland itself the best pasture land continued to be owned almost entirely by Protestant farmers who exported their grain and beef to the more lucrative English market.
The landscape was dominated by the vast estates of the Anglo-Irish aristocracy who though for the most part were absent landlords who rarely visited their estates were still determined to squeeze every penny from their holdings, and they handed over the running of their estates to often corrupt and brutal middlemen who readily did just that.
Most of the small-holdings were either owned by or leased to Catholic Irish peasants. Often the land was of such poor quality that there was only one crop that could be guaranteed to prosper in such unfavourable conditions - the potato. Indeed, so small were some of these holdings that it was not possible to grow anything else and remain assured that the family could still be fed, and by the 1840's it had become the staple diet of the majority of the Irish population. Rarely was there ever enough produced to go to market. Rather it was a subsistence crop, and the Irish people depended upon it for their survival.
In 1845, Phytopthora Infestans, better known as Potato Blight, swept across Europe. It wasn't too long before it reached Ireland and in that same year 50% of its potato crop failed. If anyone thought that the worst had passed then they were sorely mistaken. In 1846, 75% of the crop was wiped out and in the autumn of that year the first cases of mass-starvation began to be reported.
The British Government had known for years that Ireland constantly teetered on the brink of starvation but it had never made any provision for it. In any case, the British Government's primary concern as regards famine relief was that it should not upset commerce and the financial markets - stability was their watchword. 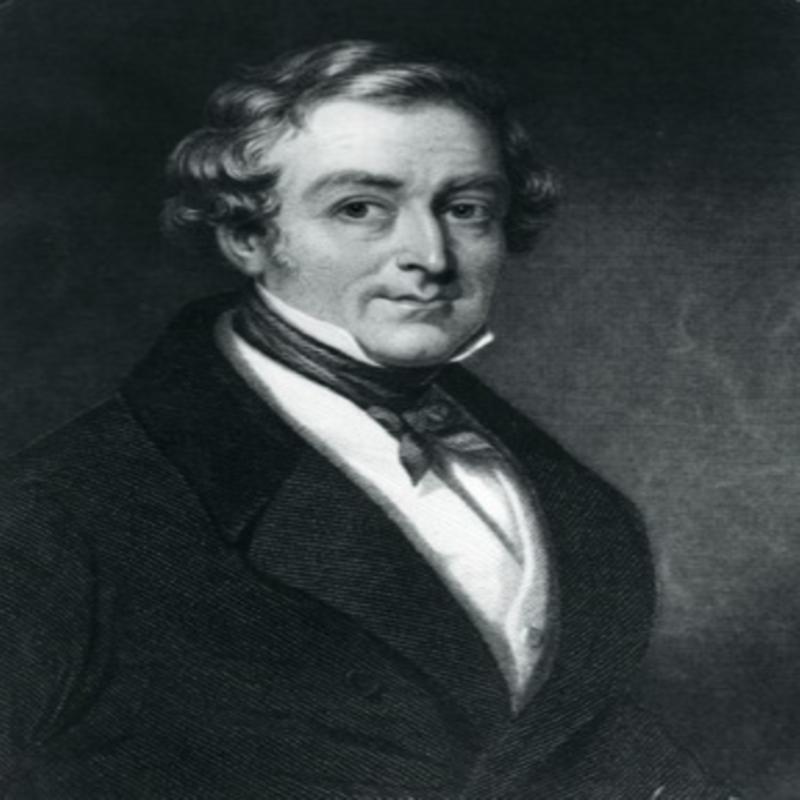 In the autumn of 1845, the Prime Minister Sir Robert Peel purchased £100,000 worth of Indian corn for Ireland but he had to do so secretly for at the time he was still working hard to get the Corn Laws repealed. These kept the price of imported corn artificially high thereby maintaining profits at home. This meant that bread remained an expensive basic commodity. Peel was to succeed in his campaign but in doing so he split the Conservative Party which led to the fall of his Government. This was in many respects a tragedy for the people of Ireland for the incoming Liberal Administration of Lord John Russell a believer in the economic orthodoxy was to be far less sympathetic to their plight. 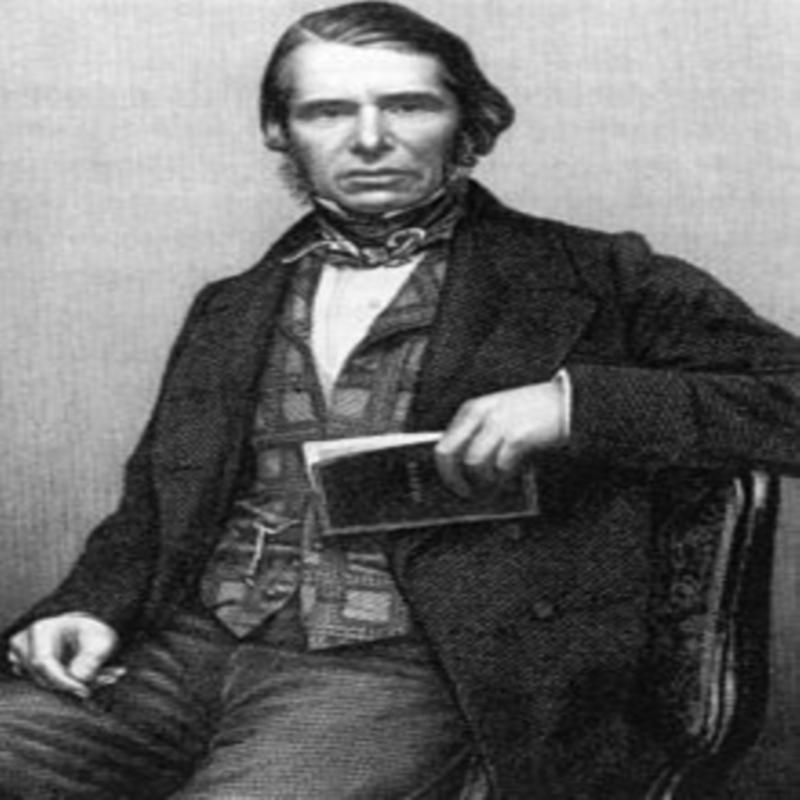 Victorian Britain had a harsh and uncompromising attitude towards those in need. They were often referred to as the idle poor and it was assumed that they had brought poverty upon themselves. As such, only the most basic care would be provided and even for this the indigent were expected to endure many hardships. The Poor Laws were harsh and unforgiving and the Workhouses that they had instituted were places of dread. They were designed to punish not reward. This same attitude would now be adopted in response to the crisis in Ireland. Charles Trevelyan, the man appointed to administer famine relief in Ireland, had already made plain that he believed it to be - a Judgement from God, who has sent the calamity to teach the Irish a lesson.
So the starving Irish would be expected to work, they would not receive something for nothing. Public works were introduced and tens of thousands of men regardless of their physical condition would be expected to toil long hours breaking rocks and building roads that went nowhere, and many died as a result. If this wasn't bad enough in January 1847, Lord Russell abolished the Public Works Programme and ordered that famine relief must be administered locally and that the burden would fall upon Ireland's Workhouses, its already creaking Poor Relief System, and local charitable organisations. As the cost of poor relief was the responsibility of the already absent landlords and their corrupt middlemen its implementation was patchy at best and non-existent at worst.

In truth, landlords were far more concerned with evicting non-productive tenants. This was made all the easier by the so-called Gregory Clause of the Poor Law which prohibited anyone owning a quarter of an acre of land or more from qualifying for assistance. To be able to apply for help to feed himself and his family the tenant would have to yield up his small patch of land to his landlord. Even then, having qualified for the Workhouse and made the long walk to the nearest one to where he lived there was no guarantee that there would be a place available. This was known as "Passing the Pauper through the Workhouse."
Between 1849 and 1854 some 250,000 people were evicted from their land. The worst hit areas were those of County Clare and County Mayo, and the most notorious offender was Lord Lucan who said that he "would not breed paupers to pay priests." The absentee landlord would pay his middlemen to rid his land of the idle and the dishonest. Such was the brutality of the landlords that even the Times Newspaper felt compelled to write:
"A mass of poverty, disaffection, and degradation without parallel in the world has allowed proprietors to suck the very life-blood of that wretched race."
The brutal treatment of their tenants did not go unpunished. In 1847 alone, six landlords were murdered and ten others would meet a similar fate in the ensuing years.
Whilst the British Government demurred about doing anything substantial to help they cast about for an Irishman to blame, but it was difficult to find anyone in a position of power who did not have a significant English connection. Whilst ships lay in Irish ports packed with Irish grain for export to the British mainland, the people of Britain themselves gave generously. The British Relief Association donated £200,000 to help the starving in Ireland. Queen Victoria herself gave £2,000, the Prime Minister made a substantial donation, as indeed did Pope Pius XI in Rome. But charity alone cannot prevent an entire country from starving. Only the resources available to a Government can do that, and the British Government's response to the famine in Ireland out of a failure of will, neglect, even malice or a combination of all three, was woefully inadequate.

Protestant Associations began to spring up all over Ireland to provide soup kitchens for the starving population. These were often established in Protestant Churches and Church of Ireland schools but help would often be conditional upon the supplicant conversion to the Protestant faith, this caused a great deal of bitterness and a resentment that continues to rancour to this day.
For those families who could afford it the only way out of this cycle of death was emigration. In 1847, when the famine was at its height 100,000 Irish people left their homes for the Americas and Australia. By 1854 this figure had reached 1,500,000, and this process of emigration was to continue for many decades to come.
In total at least 1 million men, women, and children were to die of starvation and disease as a consequence of the Irish famine which decimated so much of the countryside. The West of Ireland, which was the worst hit region suffered unendurable hardship. The loss of life and the mass-emigration that followed means that the Irish population still remains lower now than it had been in the 1850's. While the British response to the famine in Ireland has soured relations between the two peoples ever since and those terrible years were to become a rallying cry for the cause of Irish Nationalism. For as the Irish freedom fighter John Mitchell wrote
:
"The Almighty, indeed sent the potato blight, but it was the England who created the famine."
It is not a statement entirely without foundation for despite the best efforts of some to alleviate the situation through charitable donation the market would not countenance wide scale relief for to do so ran contrary to both the social and economic conventions of the day. As a result, even throughout the worst of the famine years Ireland continued to export more food, both wheat and livestock than it received.
Tagged as: Victorian
Share this post: