Posted on 16th July 2021
John George Haigh was one of a number of notorious serial killers who stalked the bomb cratered streets of post-war London and other cities but unlike the sadist Neville Heath and the necrophiliac John Reginald Christie, Haigh's motivation for murder were always financial.
He was born on 24 July 1907, in Stamford, Lincolnshire, but was raised in the village of Outward, West Yorkshire. His parents, Amy and John, were committed members of the Plymouth Brethren, a strict evangelical religious sect that similar to its puritan forebears spurned all forms of entertainment. As such, the young John's upbringing was unusual to say the least.
The family home was fenced off from its neighbours and music, radio, books, the playing of games and all other forms of entertainment were banned. Not allowed to mix with the other children or participate in sports or any extra-curricular school activity his evenings at home were spent reciting the Bible often in the presence of his parents. He was taught that all this was necessary because the world outside was evil and that every misdemeanour, either in deed or thought was known by the Lord even before it was committed.
It is perhaps unsurprising then, that the young John grew into adulthood with little empathy for his fellow man and a callous indifference to the fate of others.
Despite the limitations placed upon his imagination he proved a bright boy and won a scholarship to Wakefield Cathedral where he sang in the choir. But he did not perform well academically often appearing distracted. Upon leaving school he was apprenticed to a firm of motor engineers.
An inveterate liar and thief he m,ay have been but he was always polite, a dapper if somewhat flashy dresser and surprisingly perhaps given his background charming and a good conversationalist.
He resigned his apprenticeship after just a year to work in a profession more suited to his particular talents - insurance and advertising but he was to be sacked from this along with many other jobs for stealing from petty cash. It was clear he would never hold down a proper job and it wasn’t long before he was serving his first prison sentence.
On 6 July 1934, he married Beatrice Hammer, a woman he barely knew but who had been bowled over by his obvious if shallow charms. Just four months after they tied the knot Haigh was jailed for fraud and not long after Beatrice gave birth to a daughter who under pressure from her husband she gave up for adoption. Haigh was never to see his child and upon his release from prison only met his wife to inform her that their marriage had never been valid because he was already married to someone else. It was a lie but a convenient one, and he never saw his wife again. 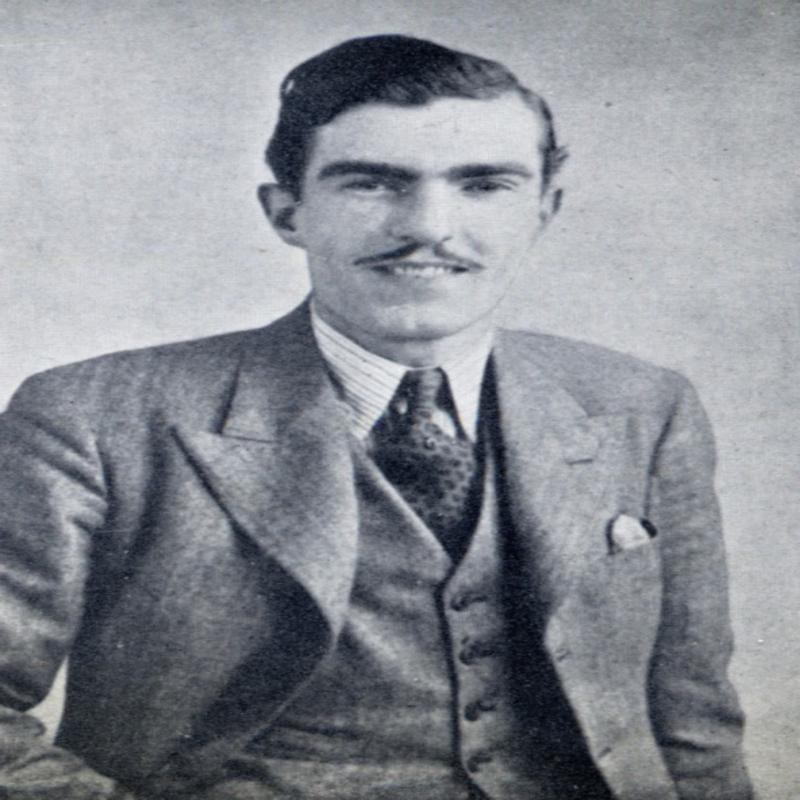 Haigh, when he wasn’t in prison worked as a chauffeur for Donald McSwan who along with his parents ran a chain of Amusement Arcades.
The McSwan's took a liking to the charming young Haigh who would often be invited to dine with them. He would leave their employ however claiming that he had received the offer of a better job elsewhere. What he had actually done was set up a fake solicitor’s office to take money on false pretences. He believed it would make him a fortune instead it was to earn him a four year prison sentence.
It was whilst serving this extended period in prison that his mind first turned to murder. After all, why work for a living when there were easier ways to feather one’s nest? The problem with murder however, is how to dispose of the body? He would dissolve them in sulphuric acid he decided, and so he experimented upon mice - it worked a treat.
Haigh was released in 1940 as part of the general amnesty for non-violent offenders that followed the outbreak of the Second World War. Free once more he again turned to crime and was living fairly comfortably in Kensington on the proceeds of a series of financial scams when in 1944 he had a chance encounter with Donald McSwan in The Goat Public House.
McSwan was bowled over as usual by Haigh’s superficial charms and insisted they visit his parents who would be delighted to see him again. Over dinner they blithely told him that they had recently invested heavily in property. Haigh saw his opportunity and on 6 September 1944, he invited McSwan, on some pretext or other to his basement flat at 79 Gloucester Road. Once there he crushed the unsuspecting McSwan’s skull in with a blunt instrument. He then disposed of the body in a 40 gallon drum of concentrated sulphuric acid. Returning two days later he found that the body had turned to sludge and so proceeded to pour the remains down the drain.
Donald’s parents were concerned they had not seen or heard from their son for some time and questioned Haigh as to his whereabouts. He told them that Donald had fled to Scotland to avoid being called-up for military service but when the war ended in May 1945, and still nothing was heard from him they began to doubt the story they had been told. In particular, they wanted to know why Haigh had the keys to their son’s house.
Haigh was worried that the McSwan's, who were by now expressing their suspicions to friends would report the matter to the police thereby leading to his own arrest. He decided to act.
On 2 July, he lured both John McSwan and his wife Amy to his address at Gloucester Road claiming that Donald was there waiting to meet them. He then shot and killed them both in turn before dissolving their bodies in the same drum that he had used to dispose of their son.
The murder of the McSwan's netted him some £8,000 as he forged cheques in their name, cashed in their pensions, and sold their property. But an inveterate gambler it wasn't long before he was again in need of money. 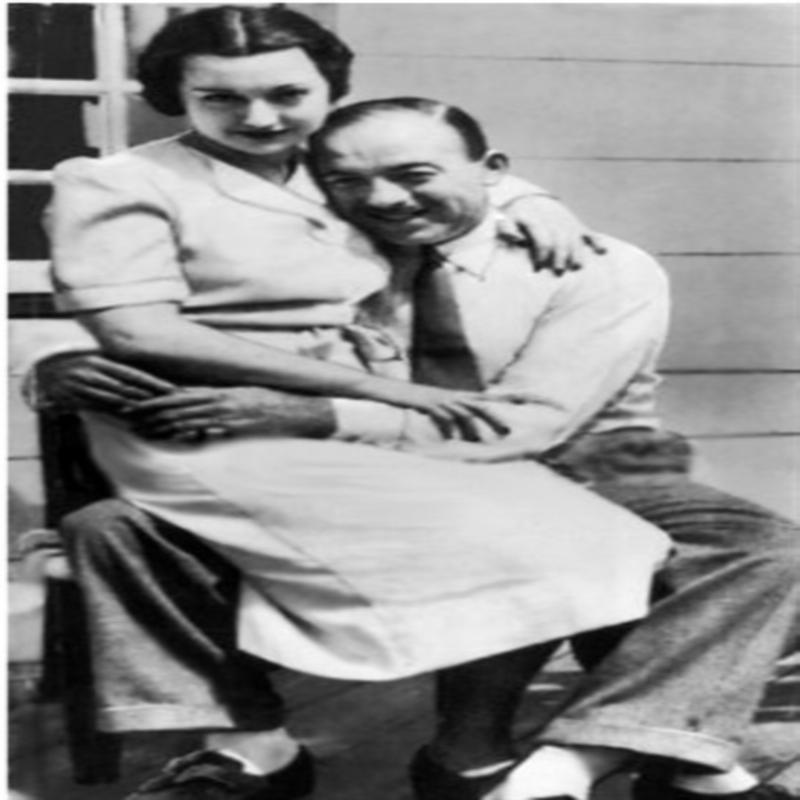 On the pretext of buying their house Haigh befriended Dr Archibald Henderson and his wife Rose. By this time he had acquired for himself a workshop in Crawley, East Sussex.
On 12 February 1948, he persuaded Dr Henderson to accompany him to Crawley where he said he had an exciting invention to show him. Once there he shot Dr Henderson in the head with the service revolver he had earlier stolen from his home. He then telephoned Rose to tell her that Archibald had fallen ill and that he would pick her up to take her to the hospital. Instead he took her to his workshop where she met the same fate as her husband. He disposed of their bodies in the now familiar way and told any inquisitive friends that they had left for Australia. Again he netted around £8,000.
With money in his pocket once more, Haigh could afford to stay at the upmarket Onslow Court Hotel in Kensington where he was popular with his fellow residents even if in such a well-heeled company he was considered somewhat common. One of the residents he befriended was a 69 year old widow, Olive Durand-Deacon. She told him she had an idea for making false nails which if properly marketed she was sure would make a great deal of money. Haigh told her that he was an engineer and could put her idea into production and that she should visit his workshop.
She agreed, and on 2 February 1949 they drove his to the workshop at 9 Leopold Street where he again shot her in the head. He then stripped the body and placed it in the ever-reliable acid bath.
As it turned out Mrs Durand-Deacon was not as wealthy as he had thought and he was reduced to having to sell her well-worn fur coat. But unknown to Haigh, Mrs Durand-Deacon had told her friend Constance Lane that she was spending the day with him. When she did not return with him Constance confronted Haigh as to her whereabouts and not receiving a satisfactory answer she reported her missing to the police.
To try and pre-empt any police investigation Haigh also reported her missing saying that he had dropped her off at the hotel alive and well but just a cursory glance at his criminal record was enough for the police to arrest him on the spot. 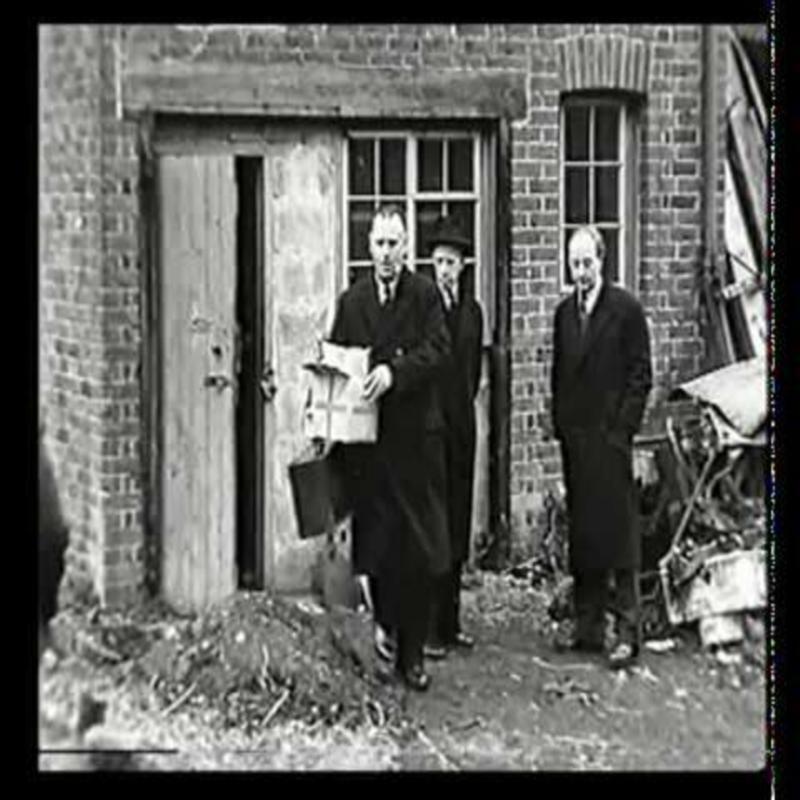 A search of his hotel room found a diary that contained barely disguised descriptions of his activities while a visit to his workshop found 28 Ibs of human fat, two gallstones, a plastic handbag, some lipstick and a set of dentures.The pathologist Keith Simpson stated that he believed the remains to be those of Mrs Durand-Deacon. This was later confirmed by an orthodontist who certified that the dentures were indeed those of the missing woman. Haigh was charged with murder but he remained confident of acquittal. He told the police: "Mrs Durand-Deacon no longer exists. I have destroyed her with acid. You can't prove murder without a body." He had studied the law, he said, and knew this was so.
But he had misunderstood the legal term "corpus delicti" which refers not to the physical body but the body of the crime.
The case of the ‘Acid Bath Murderer’ as he soon became known was to dominate the press for weeks and Haigh believing he could still cheat the hangman played it for all it was worth telling anyone who was willing to listen that he intended to plead insanity. He even asked if anyone had ever been released or escaped from Broadmoor.
To prove his insanity he made up lurid stories of drinking the blood of his victims, of hearing voices, of being tormented by nightmares and of having his mind corrupted by warped religion. He even claimed to have murdered many other people. A psychologist called by his defence declared him of unsound mind saying, "the absolutely callous, cheerful, bland, even friendly indifference to the crimes he freely admits having committed is almost unique in my experience."
Despite this Haigh's plea of insanity was rejected, and it took just 15 minutes for the jury to return with a guilty verdict.
Haigh wrote how the Judge's sentence of death had amused him and requested to be allowed a trial run of his execution as it would be of interest to him - the request was denied.
John George Haigh, the ‘Acid Bath Murderer’ was hanged at Wandsworth Prison on 10 August, 1949.
Tagged as: Modern
Share this post: