Posted on 17th January 2021
A description by the Venetian Ambassador of the young King Henry VIII:
After dinner, we were taken to the King who embraced us, without ceremony, and conversed for a very long while very familiarly, on various subjects, in good Latin and in French, which he speaks very well indeed, and he then dismissed us, and we were brought back here to London.
His Majesty is the handsomest potentate I ever set eyes on; above the usual height, with an extremely fine calf to his leg, his complexion very fair and bright, with auburn hair combed straight and short, in the French fashion, his throat being rather long and thick. He was born on the 28th of June, 1491, so he will enter his twenty-fifth year the month after next. He speaks French, English, and Latin, and a little Italian, plays well on the lute and harpsichord, sings from book at sight, draws the bow with greater strength than any man in England, and jousts marvellously. Believe me, he is in every respect a most accomplished Prince; and I, who have now seen all the sovereigns in Christendom, and last of all these two of France and England in such great state, might well rest content. 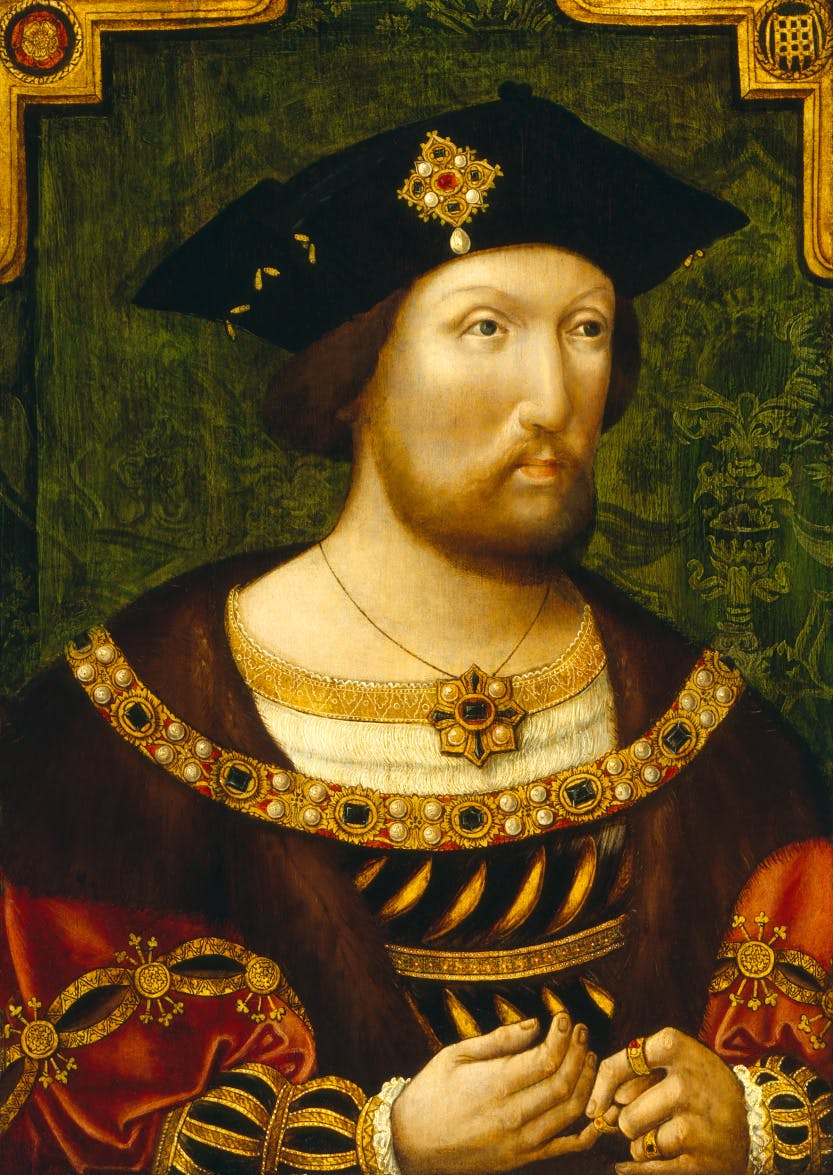 A further description followed the next year:
His Majesty came into our arbor, and addressing me in French, said: Talk with me awhile! The King of France, is he as tall as I am? I told him there was but little difference. He continued, Is he as stout? I said he was not; and he then inquired what sort of legs has he? I replied Spare. Whereupon he opened the front of his doublet, and placing his hand on his thigh, said Look here! and I have also a good calf to my leg. He then told me that he was very fond of this King of France, and that for the sake of seeing him, he went over there in person, and that on more than three occasions he was very near him with his army, but that he never would allow himself to be seen, and always retreated, which his Majesty attributed to deference for King Louis, who did not choose an engagement to take place; and he here commenced discussing in detail all the events of that war, and then took his departure.
After dinner, his Majesty and many others armed themselves cap-a-pie, and he chose us to see him joust, running upwards of thirty courses, in one of which he capsized his opponent (who is the finest jouster in the whole kingdom), horse and all. He then took off his helmet, and came under the windows where we were, and talked and laughed with us to our very great honour, and to the surprise of all beholders.
Tagged as: Fact File, Tudor & Stuart
Share this post: