Matilda: First Lady of the English

Posted on 24th August 2021
Late on the night of 25 November 1120, the White Ship left the port of Barfleur in France bound for England. On board was William Adelin, King Henry I's only legitimate heir, his two children, his half-sister and more than 300 others.
It was a bitterly cold but clear night and the sea was calm so the prospects for a swift and incident-free journey looked good. In the hours before setting sail however, the Royal Party had been involved in a period of prolonged revelry and few of those aboard, even among the crew, were sober. Even so, in an act of bravado Captain Thomas FitzStephen was ordered to make haste and overtake the King’s ship which had sailed earlier.
Just minutes after leaving port the White Ship hit a well-known and clearly visible hazard and the wooden vessel was ripped asunder as the rock tore and slashed at its timbers. Panic ensued as those within the ship rushed to get on deck but she was already capsizing and within minutes had sunk beneath the waves. 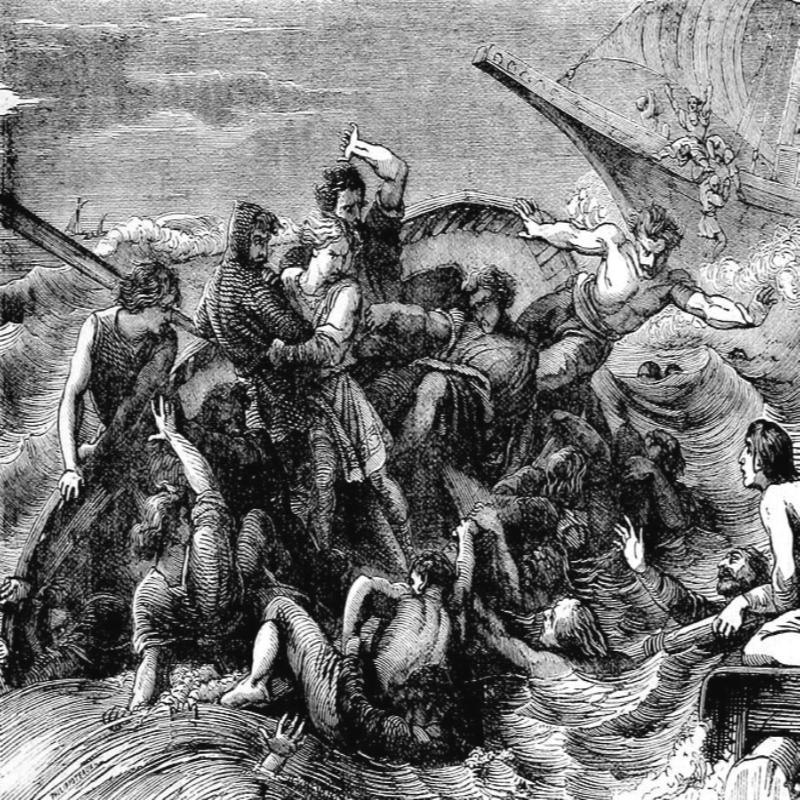 William Adelin had escaped on one of the few small boats aboard but hearing the screams of his sister returned to help her but the boat was soon swamped by those struggling in the water and all drowned. Indeed, only one man survived to tell the tale, a lowly butcher from Rouen who was plucked from the sea the following day.
Upon hearing the news of the tragedy a devastated Henry I went into weeks of mourning but now with no prospect of a male heir he felt obliged to promise the throne to his only surviving daughter, Matilda. No woman had ever ruled England but desperate to maintain the line of succession he forced the nobility to accede to his demand that she be made Queen upon his death. They did so, but only reluctantly.
Matilda (also known as Maude) was born on 7 February 1102, and at the age of just 8 had been married to the Holy Roman Emperor Henry V. In what was a sign of things to come although she had never been crowned such Matilda would insist upon being referred to as Empress for the rest of her life.
Henry V was to die on Crusade in the Holy Land, a loss that was not particularly mourned by his wife whom he had steadfastly refused to take with him. Not long after Henry’s death Matilda married Geoffrey of Anjou by whom she was to have three children.
The aged King Henry I died on 1 December 1135, and almost immediately the nobility reneged on their earlier agreement and refused to endorse Matilda as his successor. Instead, they supported her cousin, Stephen of Bloise. 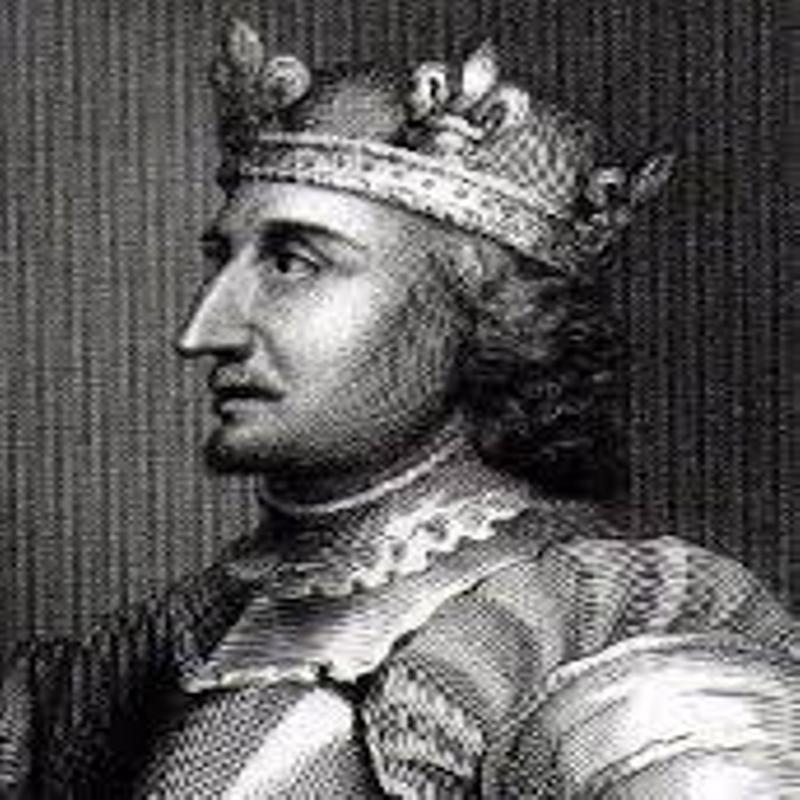 Stephen was not only an ambitious man he was also a lucky one. He had been due to catch the White Ship that tragic night but had been delayed and missed the sailing.
On hearing of the news of Stephen's Coronation as King, Matilda became incandescent with rage. She screamed, objects were thrown and she vowed vengeance upon those who had betrayed her. She was determined to regain what she believed was her rightful inheritance and would do everything in her power to do so.
Matilda was described as being proud, haughty, bad-tempered and disagreeable in almost every way and over time she was to offend almost everyone who had the misfortune to meet her. Yet regardless of her personal unpopularity Matilda would always have her supporters among those who recognised her as Henry I's legitimate heir and who disliked the way Stephen had usurped the throne. As such, she was able to raise an army substantial enough to wage war.
After two years of inclusive and intermittently bloody warfare Matilda's moment came when on 1 April, 1141, her army defeated and captured Stephen at the Battle of Lincoln. Imprisoned and threatened with death he gladly abdicated the throne.
Matilda had regained the throne but no sooner was the prize in her hands than she proceeded to throw it away. Declaring herself First Lady of the English she set off to London for her formal Coronation as Queen.
As was traditional the worthy representatives of the good people of London made a number of requests upon the largesse of their new Monarch, in particular the desire that she halve their taxes. In response, Matilda was as offensive as ever dismissing their demands and refusing to meet with them again. On 24 June the people of London proceeded to lock the gates and bar her entry to the city. She wailed, accused them of being traitors and threatened dire consequences but they refused to admit her, and there was nothing she could do.
In a state of high dudgeon Matilda was in no mood to attempt reconciliation with the people and instead had herself proclaimed Queen at Winchester dismissing her subjects as being unworthy of her and declaring that she alone now ruled. 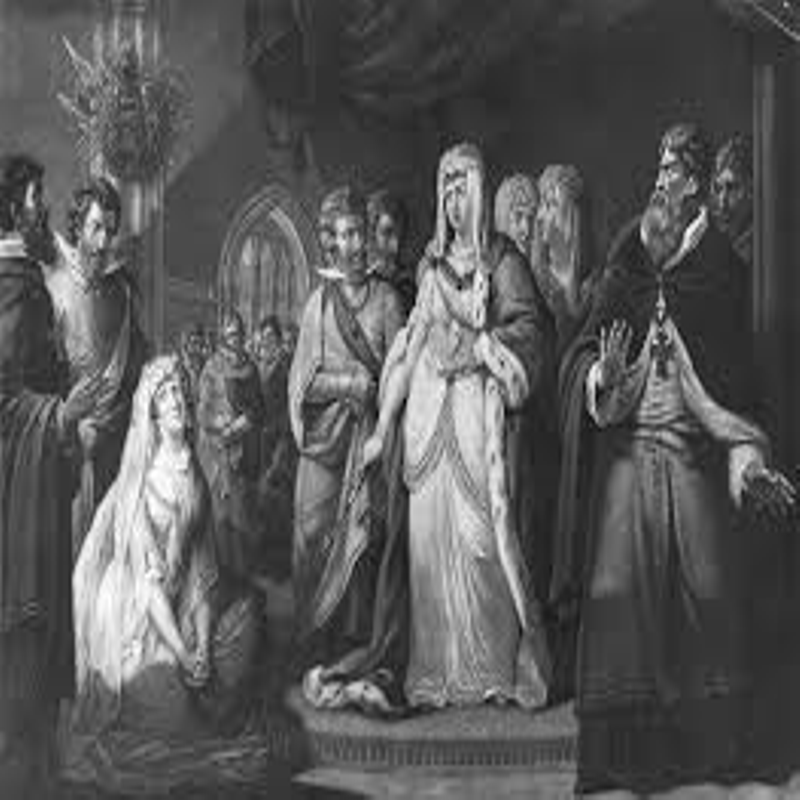 Matilda would neither accept wise counsel nor delegate power and when her cousin the King of Scotland travelled south to suggest she change her ways she went into a rage, assaulted him, and had to be physically restrained.
Likewise, when Stephen's wife visited her to beg for her husband's release promising that she would persuade him to renounce any further claim to the throne, Matilda refused to listen to or negotiate with her and after a harsh exchange of words had her thrown out.
So unpopular had Matilda become that Stephen's army continued to fight for him even though he remained in captivity. In November 1141, Earl Robert of Gloucester, Matilda's half-brother and the key to her military success was captured and to secure his release Matilda agreed in turn to release Stephen. It proved a mistake.
Stephen with his army still intact very quickly regained the initiative and with her support greatly reduced by the late winter of 1141, Matilda found herself besieged in Oxford Castle. But she was nothing if not resourceful and she was to escape the siege by having herself lowered over the Castle walls and fleeing across the frozen moat into the snow covered countryside dressed all in white to hide her from prying eyes.
To evade her pursuers Matilda had herself carried from village to village in a coffin with holes drilled in it so she could breathe and she only just escaped capture at Devizes by having herself made up as a corpse and carried out of town ready for burial. Her tribulations did not make her humble, however.
She would never again come so close to fulfilling her destiny as she did in that spring of 1141 when she had been Queen in all but name and had thrown it all away. Still she would continue to fight on but now, in recognition of the fact that the English would never accept her, it would be in the name of her son, Henry.
Matilda was able to continue her campaign from the West Country which had remained loyal but the war was no longer going in her favour and by 1148 she had been forced to return to Normandy but the fighting continued in her absence and the young Henry was proving himself an able military commander.
Matilda had never ceased to believe that if she could not inherit the throne then her son would and when Stephen's only son Eustace was killed in battle this belief became a reality.
The death of his son had broken the already ailing Stephen's spirit and in the summer of 1153 he signed the Treaty of Wallingford that recognised Henry as his successor upon his death bringing to an end the devastating 15 year Civil War known as The Anarchy.
Just over a year later in October 1154, Stephen died and Matilda's son was proclaimed King Henry II, ushering in the reign of the Plantagenets.
Matilda never returned to England remaining instead in Normandy where she died aged 65, at Notre Dame du Pre near Rouen on 10 September, 1167. The inscription on her tomb reads: "Here lies Henry's daughter; great by birth, greater by marriage, greatest in her offspring."
One can't help but think she would have been a little disappointed.
Tagged as: Ancient & Medieval, Monarchy, Women
Share this post: