Posted on 7th March 2021
Who was Peter the Painter? Was he the Russian anarchist Piotr Piatkow as has long been alleged or was he merely the demonic figure of fevered imagination; was he the amoral leader of a gang of gun-toting foreign revolutionaries bringing terror and death to the streets of London or an evil monster conjured up by a panic-stricken Establishment, their worst nightmare made flesh.
More than 100,000 Jews had fled to the East End of London from Russia during the first decade of the century, few spoke any English and they very much kept themselves to themselves and on streets where even the police feared to tread it was an easy place to keep a secret. Even so, rumours had been rife for some time that a gang of Latvian Anarchists led by the mysterious Peter the Painter were operating in London’s East End. It was sad they ran an extortion racket and were responsible for carrying out a series of robberies to finance their political activities back home. It was also said they had a callous disregard for human life and that Peter the Painter was a wanted man known to the authorities even though his whereabouts remained unknown and no definitive description of him had been provided.
Their reign of terror was to end at the Siege of Sidney Street however, one of the most curious incidents in British criminal history and one that has never really been explained to anyone’s satisfaction. 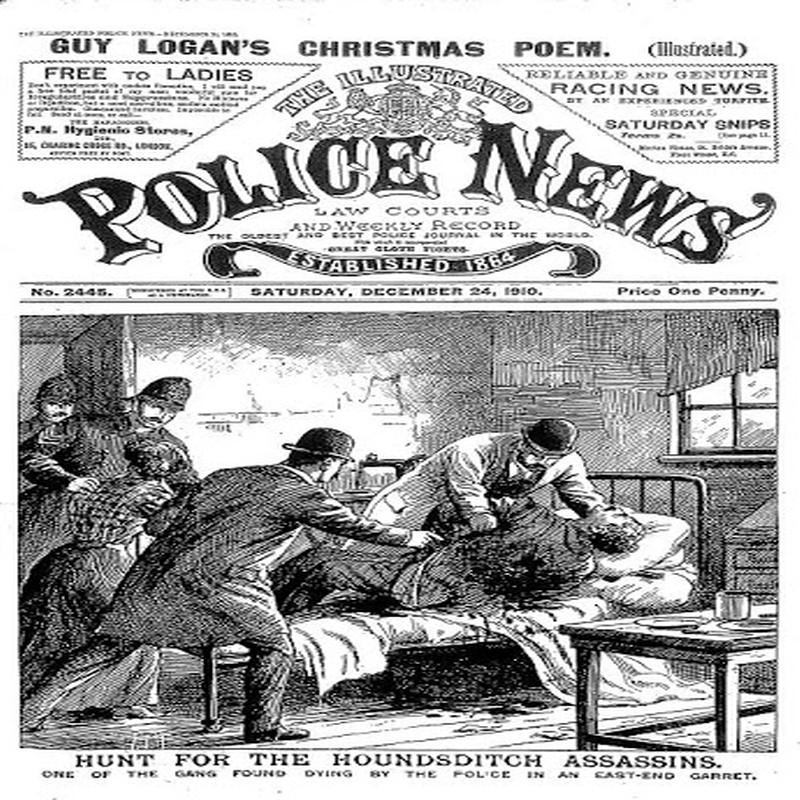 On the night of 16 December 1910, nine unarmed City of London Policemen some in plain clothes, attended the scene of a reported break-in at a Jewellers Shop in Houndsditch.
The shop was in darkness as two Police Sergeants approached and knocked at the door. A man opened it who when asked gave his name as George Gardstein. It soon became apparent however, that he could speak very little English but he appeared to indicate he would fetch someone who could and disappeared back into the shop. As he did so Sergeant Bentley and Sergeant Bryant followed him. It was quiet and nothing stirred but it was to be a deathly silence for a few moments later shots were heard killing Sergeant Bryant on the spot and seriously wounding Sergeant Bentley. Another policeman Sergeant Tucker who had remained outside the shop was also killed. Whoever was in the shop now fled pursued by the remaining policemen two of whom were wounded in the chase including Constable Choate who was shot five times grappling with Gardstein.
Gardstein’s body was later discovered lying in the street. He had been shot in the back by his accomplices either deliberately or by accident, but there was no trace of the others. Two policemen had been killed in the incident and three more wounded, two of whom would die later in hospital. It was the worst act of violence against the Metropolitan Police in its history and a massive manhunt now got under way to find these cold-bloodied killers of four unarmed policemen.
The East End was flooded with police as they went from house to house seeking information, the usual suspects were brought in for questioning, suspicious looking characters were stopped and searched in the street and informers were interrogated by their minders. But the police were met with a wall of silence.
London’s East European diaspora were intimidated, frightened and unwilling to co-operate. It seemed that the case would prove impossible to crack but on 2 January 1911 a breakthrough was made when information was passed to the police that the gang, including the sinister Peter the Painter, were hiding out in a flat at 100 Sidney Street. It was the home of Betty Gershon whom they had earlier taken prisoner and forced to remove her shoes and outer garments to prevent her fleeing.
Armed police surrounded the house before Detectives cautiously approached and knocked upon the door. When they received no reply Sergeant Benjamin Leeson threw pebbles at the window and called upon those inside to come out but still there was no response. As he and the other Officers turned to go the window was thrown open and they were forced to retreat under a hail of bullets. Sergeant Leeson was hit in the chest and had to be rushed to hospital.
The police surrounding the house returned fire but soon found themselves out-gunned and had to take cover. Their Bulldog shotguns and small calibre pistols were no match for the gang’s semi-automatic weapons. 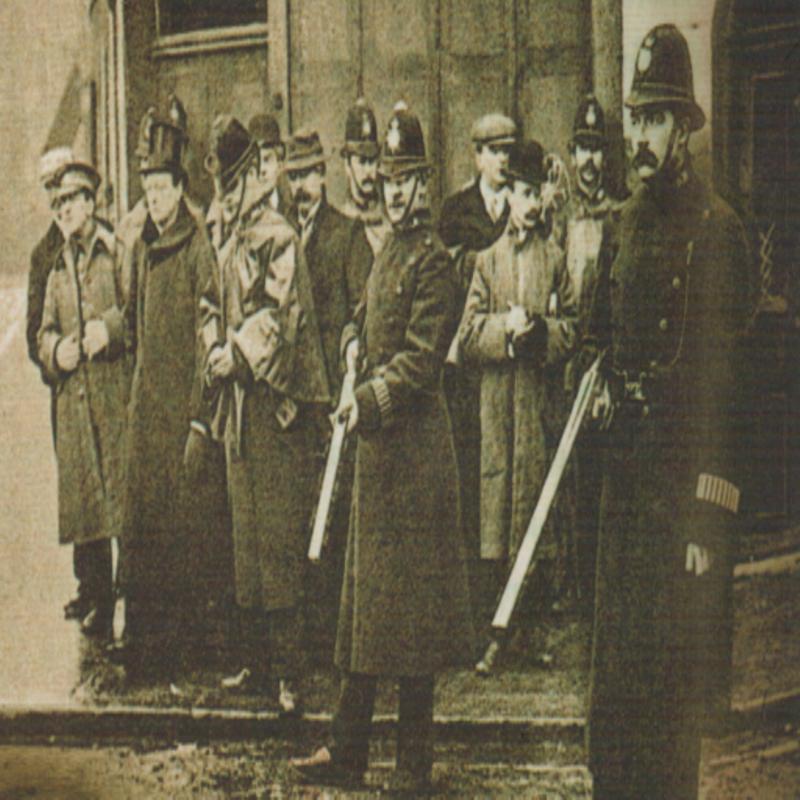 The Home Secretary Winston Churchill now appeared on the scene and took personal charge. He quickly assessed the situation and ordered that 21 troops of the Royal Scots Greys be removed from duties at the Tower of London to join in the siege.
The anarchists in the house however could not be induced to surrender and the firing continued sporadically and sometimes furiously, a bullet went through Churchill’s top hat almost killing him an incident he took great pleasure recalling in later years.
Unable to get the anarchists to surrender Churchill ordered artillery be fetched but before it could be used a fire broke out and the house was swiftly engulfed in flames. The fire may have been started deliberately in an attempt to mask the escape of those inside. 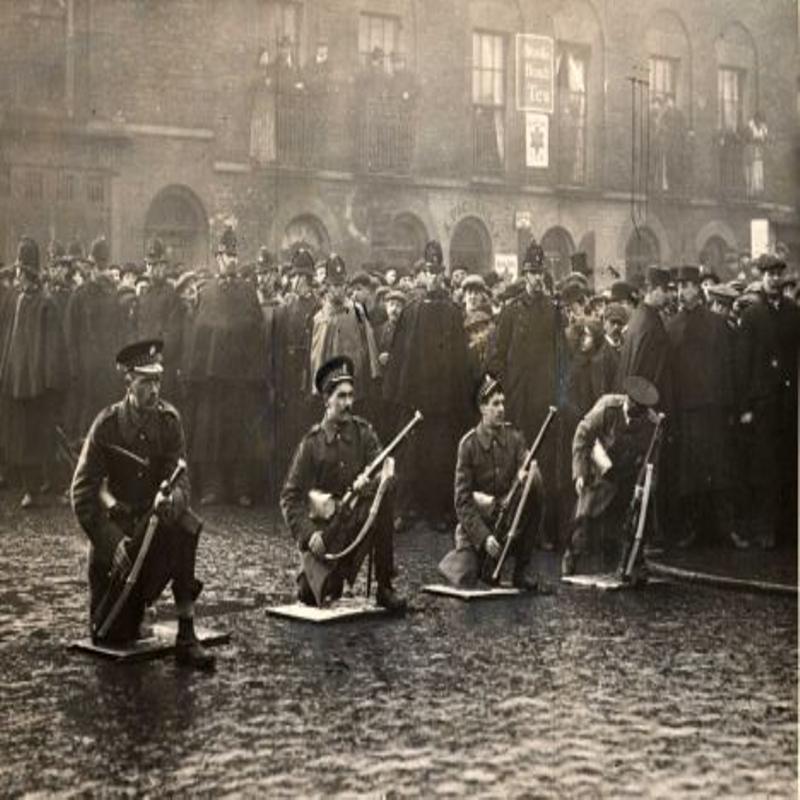 The police allowed the fire to burn itself out before venturing to enter what remained of the house. Though it was obvious that no one could have survived the inferno the police, who had believed that there were at least seven anarchists in the house, were shocked to discover only two bodies (Mrs Gershon had been released earlier).
The burned remains were later identified to be those of Fritz Svaars, a blackmailer and extortionist and William Sokolow, a known thief. Both were wanted by the Russian Police for subversive activity. As the search continued a nearby wall collapsed killing one and seriously injuring five over-inquisitive onlookers.
The resulting investigation into the events of Sidney Street and the Houndsditch robbery quickly descended into farce.The evidence pointed towards the policemen having been killed by the anarchist Yakov Peters, a violent psychopath well-known to the police. Despite this the investigation blamed the killings on the deceased George Gardstein even though his gun used a different calibre bullet to those found in the bodies of the policemen.
In the end seven people, five men and two women were charged with murder and conspiracy to rob. They stood trial at the Old Bailey but the case against them soon collapsed and six were acquitted, including Peters, and the only defendant found guilty later had her conviction quashed on appeal. 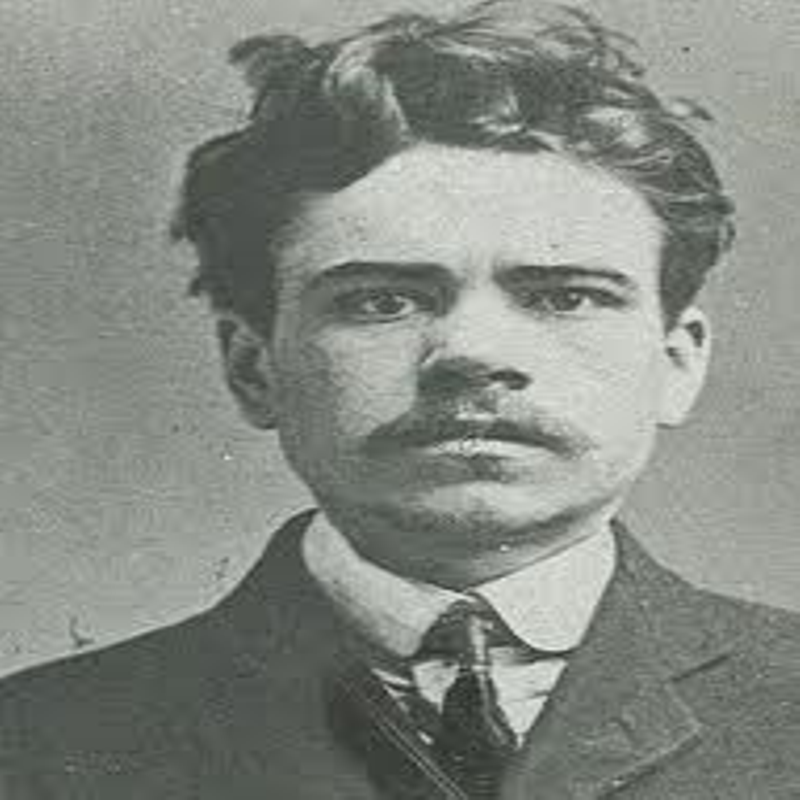 Yakov Peters was to return to Russia following the Bolshevik Revolution where he rose to become second-in-command of Lenin’s feared Secret Police the Cheka. He was to be executed in Stalin’s second round of Show Trials in 1938.
Winston Churchill was to be roundly condemned for his reckless behaviour at Sidney Street and it seemed to confirm to many the widely held view that he was an untrustworthy self-publicist, a reputation that was to dog his political career.
The failure of the police to bring to justice those responsible for the murder of their four colleagues was an embarrassment that they wanted swiftly swept under the carpet. Likewise, the Government was eager to deny that there were violent, gun-toting revolutionaries on the streets of London. No sooner had the Siege of Sidney Street made headlines than it was conveniently forgotten about.
This does not help us to identify the mysterious Peter the Painter, however. Was he the enigmatic Piotr Piatkow but who was he? No one really seemed knew and even now very little is known about him. He was certainly associated with those involved in the Houndsditch murders and it was common currency in the East End in the months following that he had been one of those who had escaped the Siege of Sidney Street. He had also once shared a flat with Fritz Svaars where later a dead body was discovered but no trace of Peter the Painter found.
Yacov Peters later confirmed that Peter the Painter was the leader of the gang but he always refused to identify him and a hundred years after the events of that fateful day the truth of the events surrounding the Siege of Sidney Street still remain a mystery but the gang’s fame spread far and wide and to many they were romantic heroes, and the semi-automatic Mauser pistol they used was referred to for many decades after as the Peter the Painter.
Tagged as: Modern
Share this post: