Posted on 26th July 2021
Slapton is a beautiful village on the isolated South Devon Coast of England. Peaceful and tranquil, the perfect place of refuge for those wishing to escape the hustle and bustle of city and urban life; but in December 1943, at the height of the Second World War it was taken over by the military, placed under the strictest quarantine and its residents forced to leave.
The Western Allies preparing for Operation Overlord the invasion of Nazi Occupied Europe required nearby Slapton Sands for its similarity to that part of the Normandy coastline designated as Utah Beach for training purposes. By the spring of 1944, it had become a hub of activity as its environs became home for thousands of American GI’s and every available space was utilised for guns, tanks and all other sorts of war materiel. 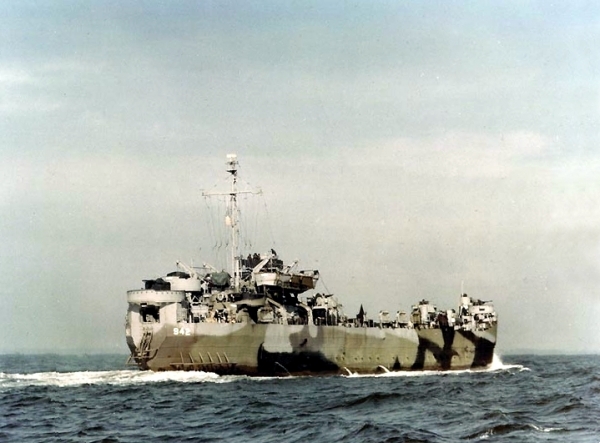 There had already been a series of low-key exercises but the first full-scale mock invasion code named Operation Tiger was planned for 22 April and would involve 30,000 troops embarked upon 9 large LST’s or Landing Ships Tanks.
Allied High Command was aware that for all the secrecy involved the convoy would still be vulnerable to attack from the German E-Boats that regularly patrolled off the British coastline. These fast attack vessels capable of speeds of up to 40 knots and armed with torpedo tubes and cannon could cause a great deal of carnage in a very short time and it was a threat that could not be ignored.
The convoy therefore needed to be escorted and a Royal Navy Destroyer, a Corvette and three Motor Torpedo Boats were assigned for close proximity protection, two further Gunboats were to patrol the entrance to Lyme Bay whilst another was dispatched to monitor Cherbourg Harbour where the German E-Boat Squadron was based and provide early warning of any activity.
Following some delay the first convoy set sail on the night of 26 April and taking a roundabout route to Lyme Bay so as to mirror the cross-Channel journey to Normandy arrived at its destination at first light. To simulate as close as possible the conditions that the troops were likely to meet at Utah Beach the Allied Supreme Commander Dwight D Eisenhower had ordered that live ammunition be used. 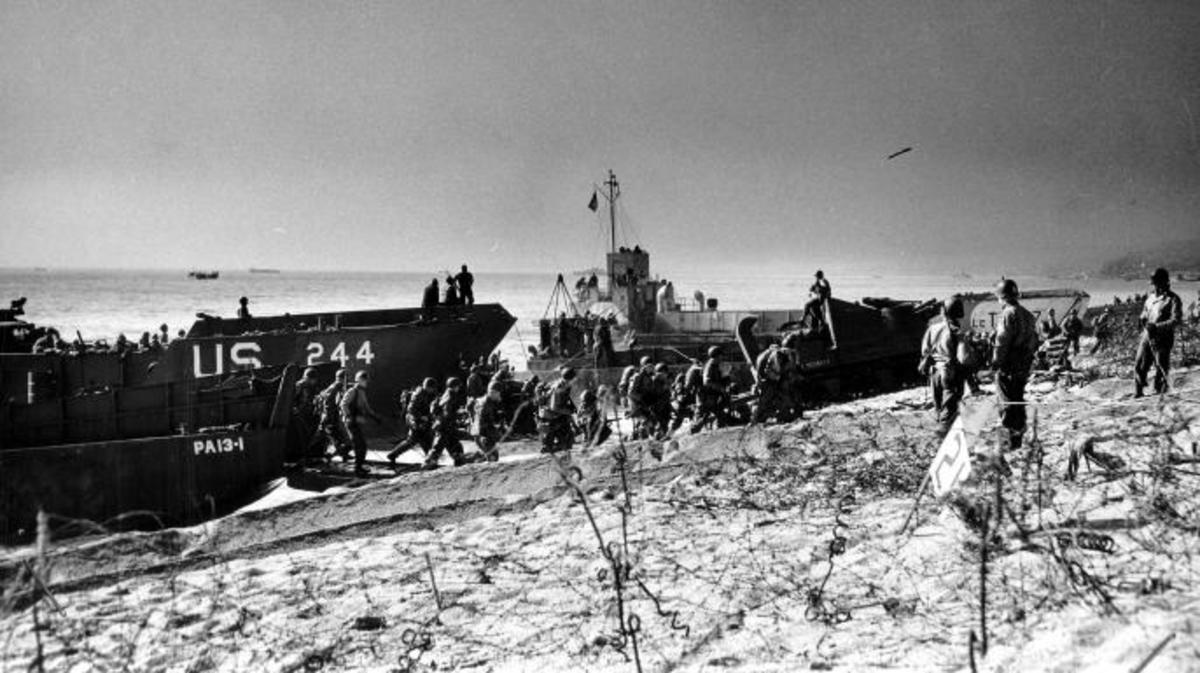 The delay in the operation getting under way, inadequate marking on the beach itself and a subsequent breakdown in communications saw a number of Landing Craft disembark their troops in the zone of conflict and many troops were killed as American GI’s came under shellfire from their own side. Despite this tragic and unnecessary loss of life the follow-up exercise would go ahead as planned but it did not augur well.
The Destroyer that had been assigned to escort the convoy was damaged in a collision the night before and as no other ship was available protection of the convoy would become the responsibility of the Corvette H.M.S Azalea. The convoy also decided not to zig-zag so as to save time. Not doing so made it an easier target for any potential attacker.
Not long after departing port the Captain of H.M.S Azalea was informed that German E-Boats had been observed leaving Cherbourg but he failed to notify the rest of the convoy. It was at first thought that his failure to warn the convoy was because he believed it the responsibility of General Headquarters to do so but it has since been revealed that the Escort Vessels and the LST’s were unable to communicate because they were on different radio frequencies. 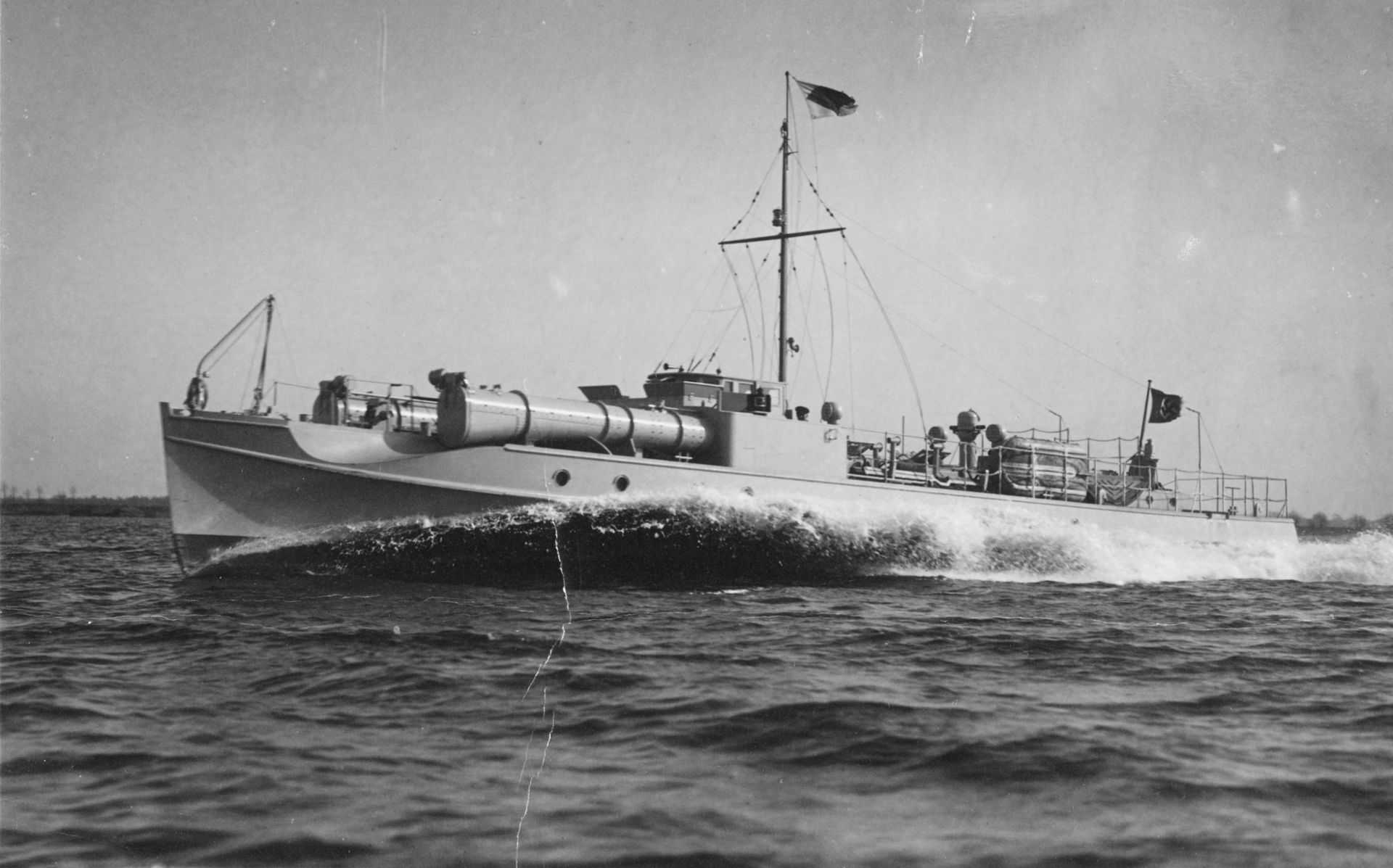 In the early hours of 28 April, 9 German E-Boats travelling their usual Channel route spotted an apparently un-escorted convoy silhouetted on the horizon and manoeuvred to attack. As the convoy neared Lyme Bay and slowed for the approach to the landing area, the E-Boats struck.
Shortly after 02.00 LST 507 was devastated by a huge explosion and engulfed in flames. There was a power failure, the lights went out, and the crew were unable to prevent the fire from spreading not helped by inadequate and often inoperable fire-fighting equipment. Panic stricken men stumbling around in the darkness and barely able to breathe only added to the chaos as the ship slowly began to sink.
Not long after LST 531 was completely shattered by multiple hits, rolled over, and went to the bottom in less than six minutes. Those asleep below decks had no time to escape and went down with the ship.
Around the same time LST 289 was also hit but its quick-thinking Captain was able to beach her saving a great many lives.
Some 45 minutes after the first torpedoes had struck the Captain of LST 507 ordered abandon ship but many of the lifeboats now jammed and could not be released from their davits. The intense heat had already seen many men jump overboard but few had received proper instruction on how to use their lifebelts and mistakenly attached them to their waist rather than beneath their armpits causing them to tip upside down in the water and drown. Even more men were to die from hypothermia in the freezing cold sea.
In just 30 frantic and frightening minutes the E-Boats had created havoc but as soon as the Escorts turned up instead of pushing home their attack they scurried away.
The events at Slapton Sands sent shock-waves through Allied High Command for not only had 749 American soldiers lost their lives in the attack, 946 in total including the deaths from the friendly fire incident of the previous day, but many of those Officers reported missing had been carrying the plans for their part in Operation Overlord. Miraculously perhaps, all the bodies of those Officers were recovered over the following few days.
The bodies of soldiers that washed ashore or were recovered from the sea were buried in haste in mass graves nearby and amid great secrecy. It wasn’t until after the invasion of Normandy that the bodies were disinterred and returned to the United States for reburial.
The tragic outcome of Operation Tiger had for a short time jeopardised the Normandy landings and cancellation of Operation Overlord was seriously considered. Instead extra precautions were taken to prevent similar happening on the day of the invasion, and the German E-Boat fleet was to have little impact on 6 June. It may have been different had they been aware of what they had stumbled upon that April morning but they thought they had merely intercepted a convoy of merchant ships.
The Slapton Sands Tragedy was to remain an official secret for more than 40 years after the war and even now it remains a cause for obfuscation and partial truths with some historians maintaining that the true death toll was much higher than the figures officially released.
Tagged as: Modern, War
Share this post: