The Vampire of Dusseldorf

Posted on 4th September 2021
For more than a year Peter Kurten terrorised the Rhineland city of Dusseldorf. He killed as if in a frenzy and his evident love of blood earned him the frightening name of the Vampire, and with no discernible pattern to his crimes the police were left baffled.
Born on 26 May 1883, in Koln-Mulheim, a suburb of Cologne, the son of an unemployed alcoholic father, he was the eldest of 13 children who all lived in a single room apartment.
With their father either unable or unwilling to work and reliant upon State Benefits often squandered, their life was one of extreme poverty and the children would often go hungry. If they complained their father would beat them, when he was drunk he would sexually abuse them.
As the eldest of the children, Peter was expected to steal to supplement the family income. This he hated to do not because he thought stealing was wrong but because he so loathed his father and didn't see why he should risk punishment to line his pockets. But he did as he was told and like father like son he behaved similarly molesting his sisters and bullying those he thought weaker than himself.
Desperate to escape his father's grasp he ran away from home on a number of occasions only to be returned to face a savage beating. Finally, at the age of 13 he got his opportunity when he got a job working for the local dog catcher who lived in the same apartment block.
They developed an unhealthy relationship when his new employer introduced him to bestiality and often abusing the animals they caught they would make night-time trips to local farms to molest goats and sheep. The young Peter achieved arousal from killing the animals and the sight of blood.
Having escaped home he went on to lived with a series of prostitutes with whom he regularly engaged in sado-masochistic sex. By now no longer working he turned to burglary, theft and pimping his girlfriends. For pleasure he committed arson in which he took particular delight and was arrested on numerous occasions. Indeed, he was to spend 27 years of his life in prison much of it in isolation, which he enjoyed as it permitted him to indulge his sexual fantasies.
He committed his first murder in 1913, when he strangled to death a ten year old girl Christine Klein, during a burglary. He was never charged with the murder suspicion instead falling upon the victim’s uncle but he would later confess to the crime.
Conscripted into the army in 1914, he deserted only to captured and jailed not being released until 1921, his longest prison sentence to date. Whether he could see the irony of being incarcerated for choosing not to kill people remains unknown but he was deeply resentful of time spent locked up where as far as he was concerned no crime had been committed.
Upon his release he went to live in the town of Altenburg where in 1925 he married a prostitute who herself had just been released from a five year prison sentence for attempting to murder her fiancé who stood her up at the altar. The stability of married life appeared to suit Kurten for he not only found gainful employment but became a trade union activist. But it wasn’t to last.
In 1929, they moved to Dusseldorf, and it was in Dusseldorf that his murder spree would begin in earnest.
On 8 February, 1929, he sexually assaulted a woman in the street before going onto murder an 8 year old girl. The sexual assaults continued but he did not try to murder again until 23 August, when he randomly attacked and stabbed three women in the street, they all survived.
Later that same night he attended a fair in the suburb of Flehe. At around 10.30 pm he approached two foster sisters, the 14 year old Louise Lenzen and 5 year old Gertrude Homacher. He asked Louise if she would go and purchase him some cigarettes, there would be a reward for her if she did so. Louise willingly obliged. During her absence Kurten repeatedly stabbed the 5 year old Gertrude before slitting her throat and tossing her lifeless body into the nearby river. Upon Louise's return he did the same to her. 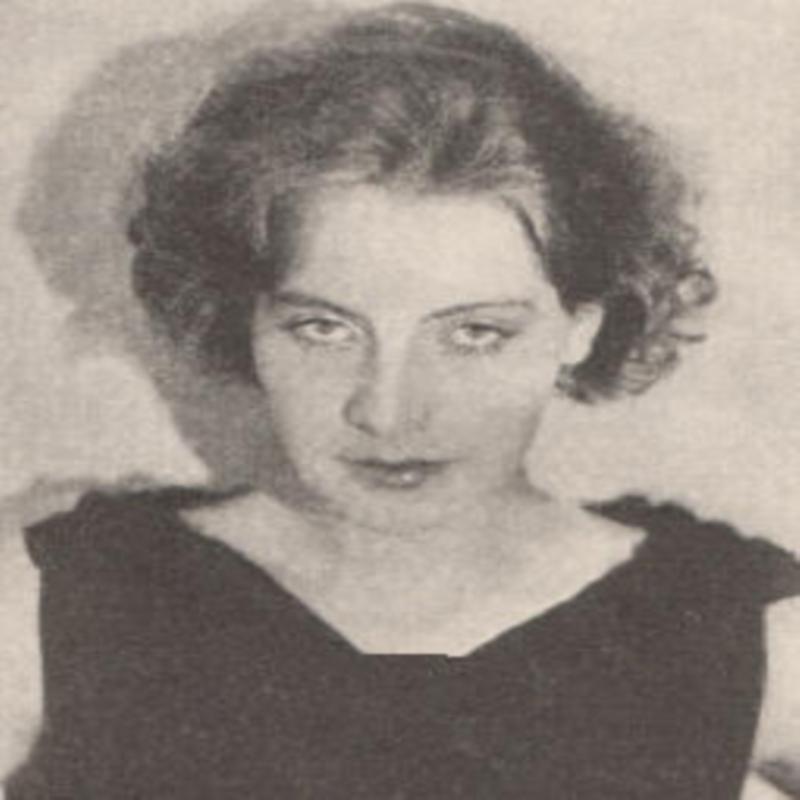 Just twelve hours later he tried to rape 26 year old Gertrude Schulte who fought back screaming -I would rather die. He replied - then die you shall - and stabbed her repeatedly. But Gertrude survived, if barely. The attacks continued, however.
The inexplicable outbreak of numerous vicious seemingly random assaults and now these horrible murders had transfixed the city of Dusseldorf and placed it in a state of virtual lockdown.
The police appeared clueless as to who might be responsible for these attacks and there seemed to be no pattern to them - men, women, and children had all been attacked, some with a hammer, others with a knife, some had been raped, others not. They believed that they were dealing with more than one attacker. 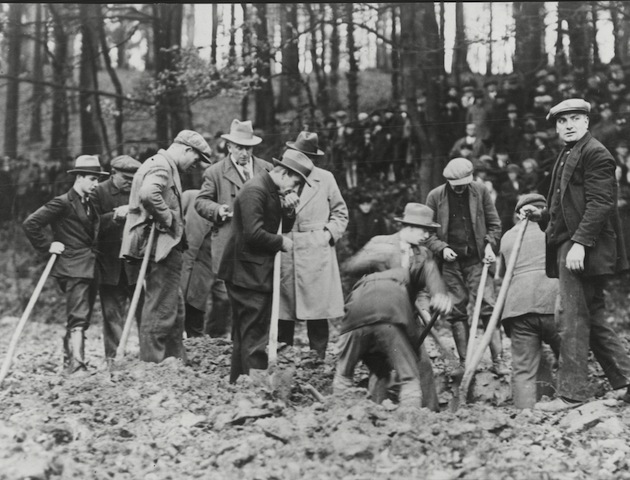 As panic gripped the city some than 200,000 names were reported to the police as possible culprits and it seemed as if there was no one in Dusseldorf who wasn’t a suspect except it seems Peter Kurten.
In September, a servant girl returning home from work was abducted, raped, and brutally beaten to death. The following month two women were attacked with a hammer on the same day but survived.
On 7 October, he killed a 5 year old girl stabbing her 36 times with a pair of scissors. He then taunted the police by sending them a map with the location of her body. Then for a while at least all went quiet.
On 14 May 1930, Peter Kurten saw a young woman, Maria Budlick, arguing furiously with a man at Dusseldorf Railway Station; when the man left Kurten approached Maria to offer her a few words of comfort. They were to be locked in conversation for some-time and Maria impressed by this stranger’s kindness agreed to accompany him to his home.
Once there he made her a sandwich and some coffee before suggesting they have sex, but she demurred. He understood, it wasn’t a problem and he promised to escort her back to the Station. He knew a short cut, he said. But instead of taking her to the Station he led her into Graftenburg Woods. He then told Maria that he intended to rape her and that if she tried to scream she would be gagged. Maria was compliant which probably saved her life and though he did indeed rape her he later said he got no satisfaction from it.
Perhaps impressed, but more likely disappointed by the fact she appeared neither scared nor intimidated by him he agreed not to kill her if she promised not to reveal anything of what had happened. She agreed, when he asked her if she remembered where he lived she answered emphatically No! With this he released her and she fled.
Despite her ordeal Maria did not report it to the police but instead wrote a letter to a friend outlining her terrifying experience of the previous night. The letter never reached her friend but was delivered to the wrong address where it came into the possession of a Frau Brugman who rather than return-it-to-sender chose to open it. Upon viewing its content she took it to the police.
The police contacted Maria to verify the details of the letter and she told them that not only could she identify her attacker but that she knew his name and could even take them to where he lived.
The following day, accompanied by two plain-clothes policemen, Maria made her way to the apartment block on the Mettmannerstrasse where Kurten lived. As they made their way up to the fourth floor Kurten appeared on the stairwell going in the opposite direction. He was startled to see her but said nothing. The policemen made no attempt to apprehend him.
They believed that they were investigating a straight-forward accusation of rape and were there just to identify the possible culprit before beginning the process of gathering evidence against him.
Peter Kurten was not yet a suspect in the murders but he obviously thought otherwise for later that day when he met his wife at the restaurant where she worked and confessed to her that he was the notorious ‘Vampire of Dusseldorf.’
Having a genuine affection for his wife, and aware that now he had been identified as a suspect it would only be a matter of time before he was arrested, he suggested that she arrange his capture and then claim the substantial reward on offer for his arrest. After some tears and no little hysteria, she agreed. He just didn’t expect it to be so soon.
On 24 May 1930, she informed the police of her husband's confession and agreed with them to arrange a meeting with him that afternoon at St Rochus Church. The police surrounded the Church with armed men.
When Kurten arrived at 3 pm, four policemen approached him with revolvers drawn. He neither tried to flee or put up any resistance. Indeed, he told them not to be afraid. He was taken into custody and charged with multiple murders, violent assault, rape, and theft.
The city of Dusseldorf breathed a huge sigh of relief - the Vampire had been caught. 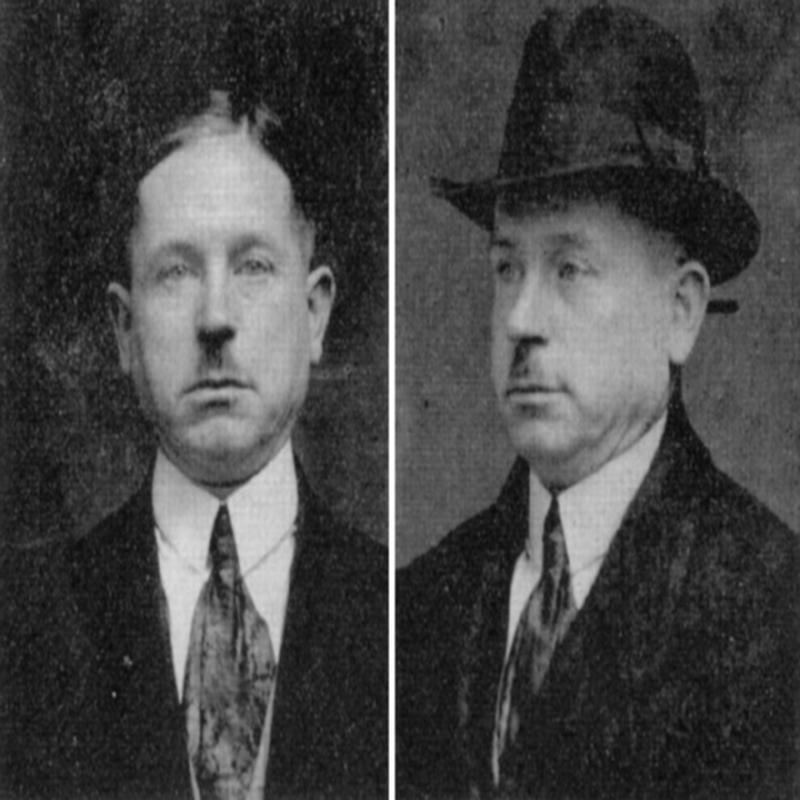 Kurten's appearance in Court shocked the people of Dusseldorf and the wider German public almost as much as did the horrific details of his crimes. This was no swivel-eyed monster but a courteous, quietly spoken, immaculately turned out middle-aged man. Indeed, he seemed the very epitome of bourgeois respectability.
He was relaxed and very precise in everything he said. He was happy to discuss in great detail the crimes of which he was accused and so good were his recollections that some thought he must have been reading from notes - he could remember dates, times and even the names of his victims.
He explained his method in luring his victims and how he would continue to stab them even after they were dead until the sight of their blood pertained to sexual arousal.
His Defence Counsel wanted to plead insanity on his behalf but the doctors who examined him declared him to be in complete control of his mental faculties, that he killed because he enjoyed it and because he was sexually aroused by the sight of blood. Kurten took the opportunity to blame the penal system for brutalising him.
Peter Kurten was found guilty on 9 counts of murder and 7 counts of attempted murder, though he confessed to 68 murders in total.
He was executed by guillotine on 2 July, 1931.
His only regret, he said, was not being able to see the blood gush from his own severed head.
Tagged as: Modern
Share this post: